The 21-year-old Londoner has dropped down the pecking order at Stamford Bridge following the late-September signing of Edouard Mendy from Rennes.

A Chelsea source has told Football Insider that the club have given the green light for Baxter to head out on loan for the season to Accrington.

The deal – Chelsea’s first of the domestic window – is being finalised and an announcement is expected soon.

The Premier League giants are keen for their academy product to gain key experience and regular game time at a senior level.

Baxter is highly rated by Chelsea and has a contract that runs until 2023.

He has yet to make his senior bow for the club but was on the bench for their 6-0 EFL Cup win over Barnsley last month.

However, he is fourth in the keeper pecking order at his parent club behind new first choice Mendy, Kepa Arrizabalaga and Willy Caballero, who was in goal for that thrashing of Barnsley.

Baxter has previously had spells on loan at Yeovil Town, Ross County, Woking and Solihull Moors. 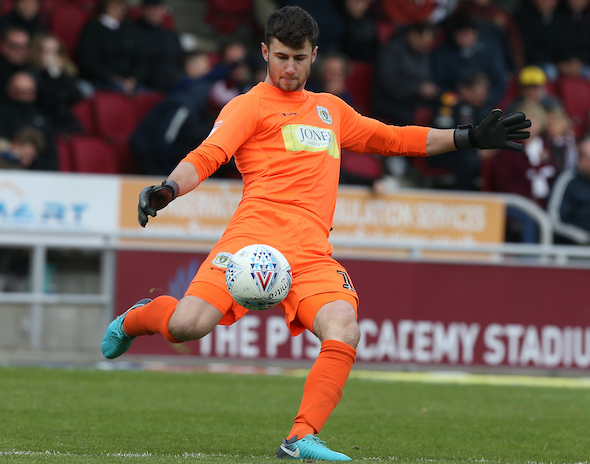 Arrizabalaga was in goal for the three previous league games but has been the subject of intense criticism in recent times, including from the club’s own supporters.

The window for domestic transfers that allows trading only between Premier League and EFL clubs shuts on 16 October.