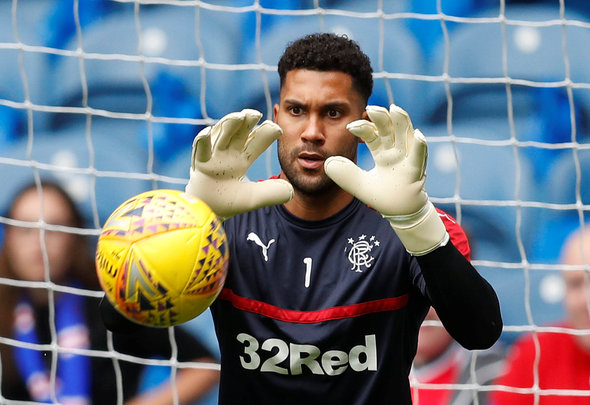 Anti-sectarianism campaigners Nil By Mouth have blasted horrific racist and sectarian abuse sent to Rangers goalkeeper Wes Foderingham after the Ibrox star named and shamed an online troll who sent him sickening abuse.
The 27-year-old was targeted by the troll on Friday night and the former Swindon star shared a screengrab of the vile messages sent which called the Gers number one a number of offensive terms

Such incidents are relatively rare in Scottish football, although there are still instances of fans sharing their hatred and bile on social media.
Nil By Mouth’s Dave Scott slammed the “bigoted morons” for their “desperate and pathetic” attempts at gaining notoriety.
“Once again we see bigoted morons use the internet to send abuse to a public figure in a desperate and pathetic attempt to be noticed,” Nil By Mouth campaign director Dave Scott told Football Insider.
“It’s a sad indictment of their own lives and could very well see them prosecuted for their bigoted and ignorant behaviour. And if that happens they have no one to blame but themselves.”
Foderingham joined Rangers in 2015 and has become a fan favourite during his time at Ibrox with his performances between the sticks.
Since arriving at Ibrox, Foderingham has lifted the Scottish Championship and Scottish Challenge Cup in his 121 appearances for the Light Blues.
The Gers goalkeeper is unlikely to be in action on Sunday when Graeme Murty’s side take on Ayr United in the fifth round of the Scottish Cup at Somerset Park with back-up Jak Alnwick expected to take his place in the starting XI.
In other Rangers news, this Rangers star has done himself no favours after having to apologise to fans.
Don’t miss out on breaking and exclusive Rangers news by clicking here for our brilliant 24/7 updates on Facebook, Instagram and YouTube.