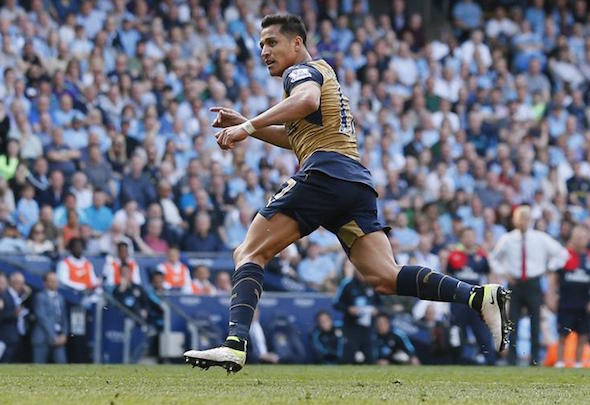 Arsenal’s protracted contract negotiations with Mesut Ozil and Alexis Sanchez could cost the club £36million more than they originally budgeted for, according to a report.

The Times newspaper edition, October 6, claim the Gunners attacking duo will reopen contract negotiations after the international break this month.

It is said Ozil and Sanchez, both 27, have asked for £250,000-a-week contracts, which is £70,000 more than the original figure discussed during the preliminary negotiations 12 months ago.

This despite Gunners blogger,AFCamden, who has previously broken a number of Arsenal transfer, contract and injury stories, stating on his website that Ozil has already signed a long-term deal.

But the Times report that the club offered a significant increase to Ozil’s £140,000-a-week and Sanchez’s£130,000-a-week contracts to around £180,000-a-week apiece during the initial round of talks.

Yet it is claimed the key duo are holding out for mammoth sums that would make them two of the world’s best paid players.

Arsene Wenger purchased playmaker Ozil and forward Sanchez from Spanish giants Real Madrid and Barcelona respectively, with their contracts due to expire in 2018.

It is said that the big money television deal, and perhaps most crucially the devaluation of the pound since the UK’s decision to leave the European Union in June, could be the reason behind their representatives re-evaluating their clients market value.

The north London club are third in the Premier League table going into the international break with 22 points to their name.

Sanchez has scored five goals and assisted five, as Wenger’s side have picked up five wins on the bounce in all competitions.

By contrast Ozil has scored two goals in eight Premier League and Champions League games, but is yet to provide an assist.

In other Arsenal transfer news, Robert Pires has tipped this club legend to one day take over from Arsene Wenger.