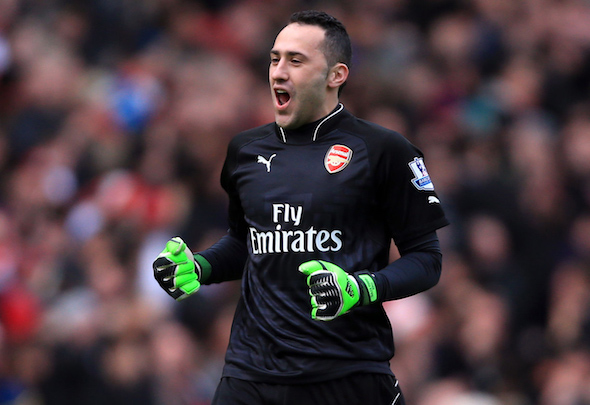 Arsene Wenger is likely to make only one team to the Arsenal team for Sunday’s Premier League trip to Burnley.

With the international break coming up and Wenger notoriously reluctant to rotate his players in the autumn months when the team is firing, a strongest available side is expected to be selected for the trip to Turf Moor.

This is set to mean the return of Petr Cech to the starting XI after the established No1 was overlooked for the 2-0 midweek Champions League stroll against Basel.

David Ospina has acquitted himself well in both matches in Europe’s premier competition this season but will almost certainly be demoted back to the bench against Sean Dyche’s team.

With the team aiming to extend their winning run to five matches and the attacking players in such outstanding form, the path into the team for the likes of Mohamed Elneny, Lucas Perez and Alex Oxlade-Chamberlain is likely to once again be blocked.

Wenger is loathe to rotate his defenders and is likely to stick with the back four who contributed to clean sheets in Arsenal’s last two matches.

With Francis Coquelin ruled out through injury, the Arsenal boss will is set to stick with the combination of Granit Xhaka and Santi Cazorla in central midfield.

Further up the field, the front four have made themselves virtually undroppable with their recent performances.

Alexis Sanchez has taken on the central striker role for seven of the team’s eight Premier League and Champions League matches this season and his mobility, inventiveness and clinical finishing could mean Wenger sticks with him for a clash in which slick counter-attacks are likely to be key to Arsenal’s chances of a win.

In other Arsenal team news, Wenger is ready to let this young star out on loan to get more first-team football.