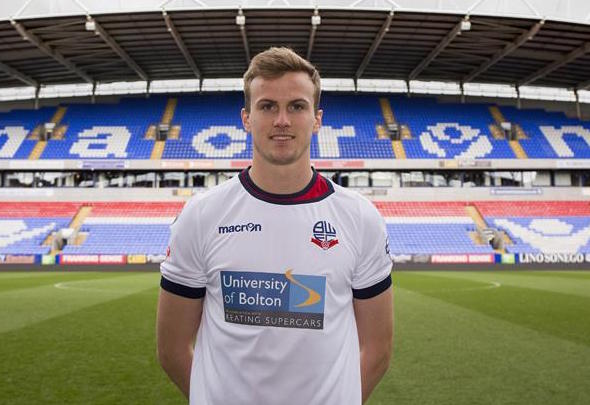 Arsenal will make a new move to sign Bolton prodigy Rob Holding as they attempt to tie up a deal, according to a report.

The Sun claim the Gunners will table a £2.5million bid this week in an attempt to fend off rival interest in the youngster, who was a shining light in Bolton’s lacklustre campaign last season.

It is said Arsenal have already made a formal offer for Holding this summer and are preparing to return to the negotiating table.

Manager Arsene Wenger is a big fan of the England under-21 international, but has competition from big-spenders Bournemouth who have had a £2million bid rejected, according to the Daily Mail.

Despite his side’s form, Holding was named Bolton’s Player of the Year last season, and was part of Gareth Southgate’s under-21 side that won the Toulon Tournament.

Bolton seem resigned to losing their star man, and, with only 12 months remaining on his contract, manager Phil Parkinson is looking to cash in now and use the money to strengthen other areas of his beleaguered squad.

Holding, who has also had a loan spell at Bury in his short career, made 29 appearances for his side last season in all competitions.

If Holding puts pen to paper, he will become the third new player to walk through the gates at The Emirates, with Wenger bringing in Gladbach’s Granit Xhaka and Japanese sensation Takuma Asano.

In other Arsenal news, Gunners legend Thierry Henry has had this to say after being axed by Wenger.