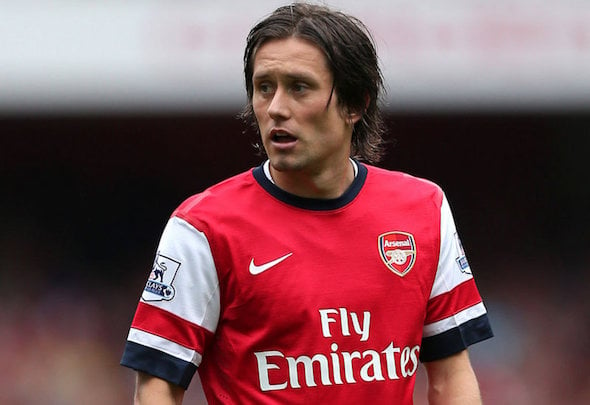 Arsenal fan-favourite Tomas Rosicky is set for a happy return to his beloved Sparta Prague, according to a reliable journalist.

Ondrej Zlamal, the Euro 2016 team reporter for the Czech Republic, claims that the former Gunner will be returning to his hometown club, with the deal set to be announced this afternoon.

The 35-year-old, who spent ten years with the Gunners, joined the north London team from Borussia Dortmund in 2006, but his career never quite lived up to expectations due to injuries.

Tomáš Rosický is going to return to his 1st club @ACSparta_EN Press conf. announced for the afternoon. @EuropaLeague pic.twitter.com/GGqIH2fTNL

Rosicky has kept his fitness levels up by training with the Gunners at London Colney throughout the early stages of this season, after being released at the end of last season.

Rosicky won two FA Cups with the Gunners and was given a standing ovation at the end of last season, as the Emirates crowd stood to show their appreciation for his services.

He hit 29 goals for the Gunners in 248 appearances and now looks set to take his career full circle with a move back to Prague.

Sparta have been drawn in their Europa League group alongside Inter Milan, Southampton and Hapoel Be’er Sheva.

In other Arsenal transfer news, the Gunners are set to complete a deal for this talisman by Wednesday, according to Sky Sources.