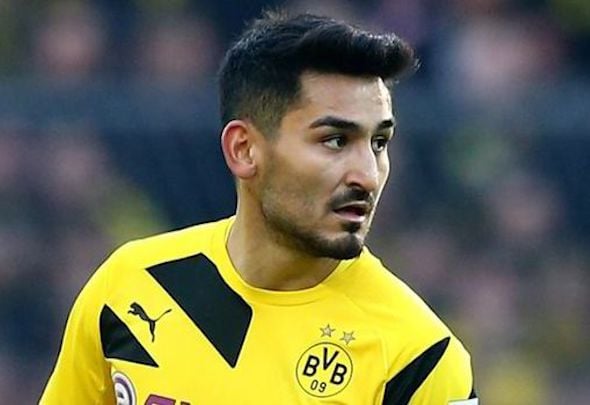 The Gunners are rivalling Manchester City, Barcelona and Liverpool for the signing of the 25-year-old.

The Borussia Dortmund midfielder has told the Bundesliga side he will not be extending his contract, which expires in the summer of 2017.

Gundogan is set to leave Dortmund at the end of the season in a £20million-plus deal rather than be allowed to depart on a free next year.

Reports in Spain have claimed Gundogan has committed himself to City but an Arsenal source has told Football Insider that the Gunners have not given up hope of landing the 16-time capped midfielder.

Arsene Wenger has vowed to further strengthen the London club’s central midfield in the summer after signing Mohamed Elneny from Basle in the January window. Veteran trio Mathieu Flamini, Mikel Arteta and Tomas Rosicky are all set to depart when their contracts expire.

Liverpool boss Jurgen Klopp, who was Gundogan’s former manager at Dortmund, is  lso a firm admirer of the player and has asked to be kept informed about his situation.

The player stated publicly this week that there was “nothing new to report” on his contract situation as Dortmund close in on Bundesliga leaders Bayern Munich, who are now just five points clear.

Last month Dortmund rejected rumours in the Spanish media that Gundogan had already reached an agreement with City. Dortmund replied on Twitter: “Really? We should know about that, shouldn’t we? Truth is, we don’t know anything about that”.