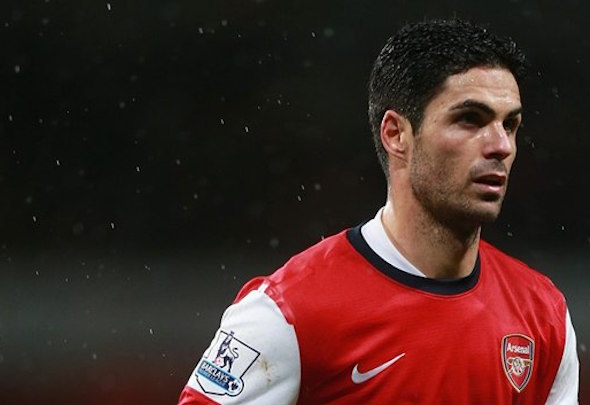 By Editor Wayne Veysey | Former Evening Standard, Press Association and Goal chief correspondent with 17 years experience of breaking big stories, including exclusives like this
Follow me on Twitter @footyinsider247
Mikel Arteta has a chronic calf problem that is struggling to heal in what is another injury concern for Arsenal, Football Insider sources understand.
The Gunners’ club captain has been available only intermittently over the last year due to a series of niggling injuries.
The most serious has been a calf complaint that has been a key factor in the Spaniard being restricted to just two starts for the club this season.
An Arsenal dressing room source told Football Insider that there are fears that Arteta’s injury is a chronic one, mainly due to wear and tear, and it will continue to bother him for the rest of the season.
Arteta, 33, is in the final year of his contract and is not expected to be offered an extension when it expires next summer.
He is one of 10 players on the Arsenal casualty list ahead of Saturday’s Premier League home match against Sunderland.


Arsene Wenger’s most pressing concern is an absence of central midfielders following the knee injuries that have ruled regular pair Francis Coquelin and Santi Cazorla out until next Spring.
As reported by Football Insider on Wednesday, Cazorla sustained knee ligament damage against Norwich last Sunday that rules him out for at least three months, while Coquelin is set to be sidelined for three to six months.
With Jack Wilshere still working his way back to fitness, Mathieu Flamini and Aaron Ramsey, who has been used almost predominantly on the right flank over the last 12 months, are the only senior men available to play in that position.