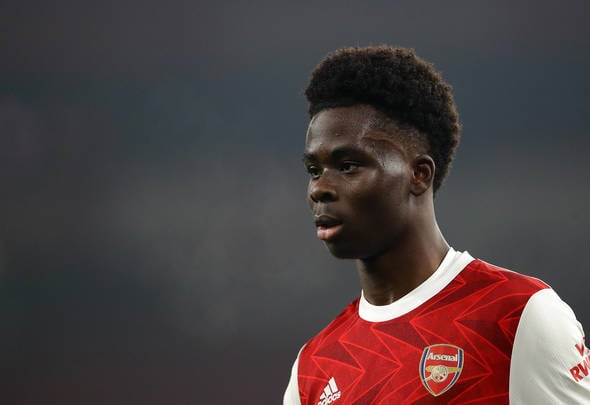 Arsenal must again rest Bukayo Saka for Saturday’s clash with Burnley amid the resurgent form of Willian and Nicolas Pepe.

That is according to ex-Arsenal striker Kevin Campbell, speaking exclusively to Football Insider after Pepe got on the scoresheet and Willian registered an assist in the Gunners’ impressive 3-1 win over Leicester City on Sunday.

Both players have left Arsenal fans frustrated throughout their time at the club while Saka, who was rested against Leicester, has earned a golden-boy reputation. 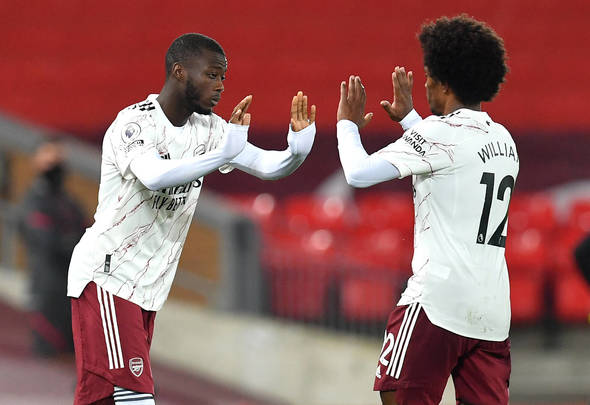 Willian signed as a free agent on a three-year deal in the summer and the 32-year-old is yet to find the back of the net in 27 appearances for the club.

Nicolas Pepe was a blockbuster £72million signing from Lille in August 2019 but has shown only fleeting glimpses of his magnetic best.

Robinson insists Saka should be rested again while Arsenal have the chance with Pepe and Willian seemingly on the up.

“Look, this is the type of problem Arteta wants,” he told Football Insider correspondent Dylan Childs.

“I know one game isn’t everything but that is a bit more like it from Willian and Pepe. We are finally seeing our big players performing.

“Pepe has been an enigma. He has been up, down and all over the place but he is getting more consistent now.

“If Arteta wants to leave Saka on the bench for another week to rest up, honestly, I have no problem whatsoever. If the senior players are performing that is better for Arsenal in the long-run.

“There are not many opportunities to rest your best player this season in Saka. The writing is on the wall after Smith-Rowe pulled up so you have got to wrap Saka in cotton wool.” 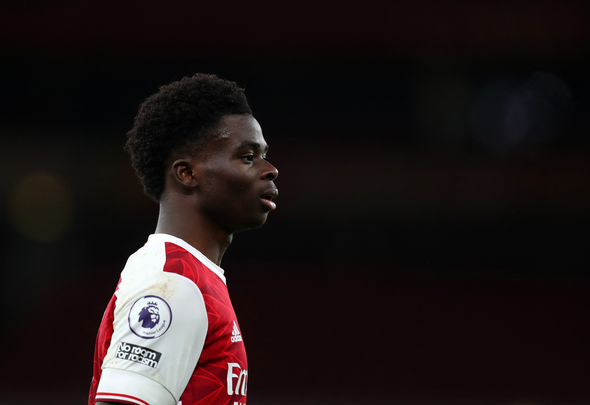 The versatile youngster will be hoping to continue to impress England boss Gareth Southgate ahead of the European Championship in the summer.

In other news, Football Insider understands that Matteo Guendouzi has played his last match for Arsenal.