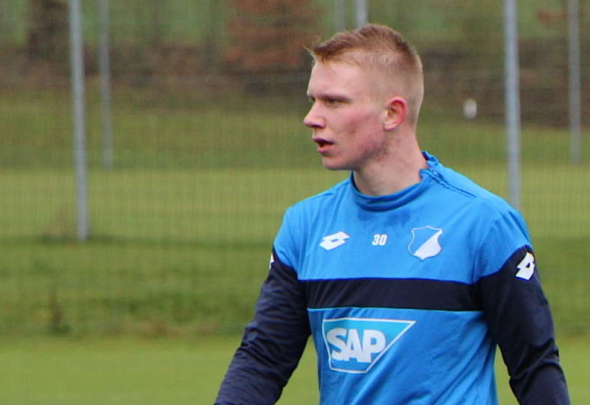 Teenage sensation Philipp Ochs has wowed Arsenal scouts at the European under-19 Championships, according to a report.

The Hoffenheim forward scored a superb hat-trick for the Germany under-19 side in their second game against Portugal, but was unable to prevent his country being knocked out in the group stage.

German newspaper Bild have reported that Arsene Wenger’s scouts have been mightily impressed with Ochs’ showing, and are preparing a bid for the 19-year-old.

Ochs has made 13 appearances for his club Hoffenheim since his debut at the start of the season, and has three years remaining on his contract at the Rhein Neckar Arena.

The forward’s agent, Arthur Beck, claimed that his client’s performances at both the Championships and in the Bundesliga have attracted global interest, especially from England.

“Philipp has attracted attention with strong performances – not only now at the European Championships,” he told Bild. “But with any speculation, we have never participated, and we will continue to do so.”

Hoffenheim manager Julian Nagelsmann is desperate to keep his rising star, also telling Bild: “We want to keep Philipp, not give him away.”

Ochs has represented Germany at every youth level up until the under-19 setup, and can play as a centre-forward or as an attacking winger on both flanks.

In other Arsenal news, Gunners legend David Seaman has outlined the two players Wenger needs to sign if the North London side are to win the league this season.