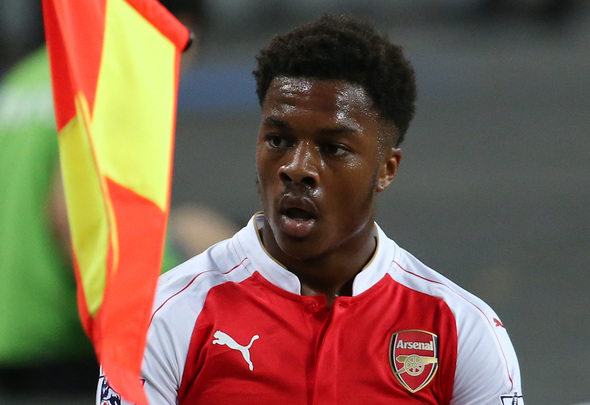 Arsenal youngster Chuba Akpom has been shown celebrating his side’s 2-1 win over the MLS All-Stars in some style, by riding a fake zebra on Twitter after his late goal won the game for the Gunners.

Goals from Joel Campbell and Akpom edged out Didier Drogba’s equaliser on the stoke of half-time to give the north London outfit a deserved win on their tour of the United States.

Akpom, a 67th minute substitute for Theo Walcott, broke the deadlock with just minutes to spare and, the Arsenal Twitter account was keen to show the player enjoyed his moment in the limelight.

The striker was at Hull last season and he helped them gain promotion back to the Premier League, scoring seven goals in all competitions.

Akpom started the club’s 2-1 win over French side Lens and has already impressed manager Arsene Wenger by showing great-link up with fellow academy player Alex Iwobi.

Gunners first-team regular Olivier Giroud is currently on an extended break after his participation at Euro 2016 and Akpom is filling his boots nicely ahead of the 2016-17 Premier League season.

In other Arsenal team news, Jeff Reine-Adelaide has been promoted to the Arsenal first-team squad 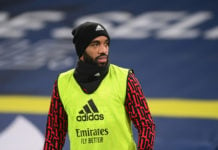