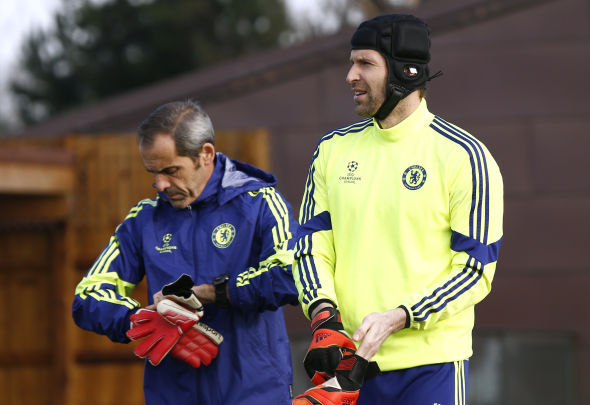 Arsenal are on red alert after it was reported that Antonio Conte has decided to axe long-serving Chelsea goalkeeping coach Christophe Lollichon.

The Mirror claim that the new Stamford Bridge manager is keen on bringing in his own backroom staff, including Italy goalkeeping coach Gianluca Spinelli.

That spells the end of Lollichon’s nine-year spell at Chelsea, which has been in doubt amid reports that the mixed form Belgian No1 Thibaut Courtois in the 2015-16 season was parlty down to a poor relationship with Lollichon.

The 24-year-old conceded 32 goals in 23 Premier League games, whilst also picking up two red cards in a hugely disappointing season for the former champions.

Lollichon has been at Stamford Bridge since 2007, and formed a close bond with Cech before the veteran keeper made a move across London to Arsenal last summer.

That relationship with the Czech Republic keeper could mean that Lollichon follows suit, teaming up with current Gunners goalkeeping coach Gerry Peyton.

The Gunners have space in their coaching staff for Lollichon having allowed Tony Roberts to take up the vacant goalkeeping coach position at Swansea City last year.

In other Arsenal news, Arsene Wenger has stepped up his chase for this Argentine goal-getter.