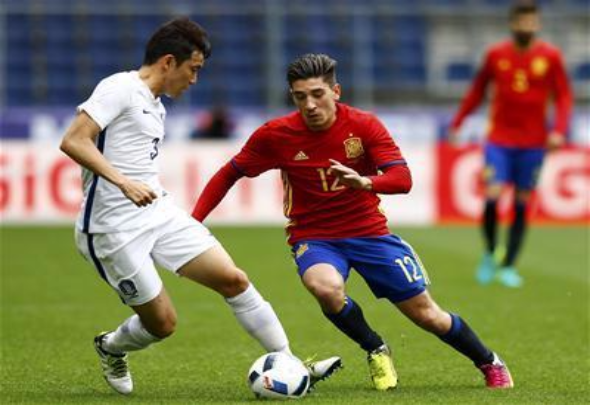 Hector Bellerin will be offered a new five-year contract to fend off Barcelona and Manchester City, according to a report.

The Mirror claims that the Gunners have sounded out the 21-year-old’s representatives and talks will begin after the international break.

The young right-back still has three years left on his current deal, but European giants Barca alongside cash-rich City have been alerted by Bellerin following his performances in the last two years.

Bellerin started his career at Barcelona, before moving to the Emirates Stadium in 2011 at the age of 16.

The report also states that City made contact in the summer about the Arsenal player, which is said to have infuriated the club with the Gunners stating in no uncertain terms he was not for sale.

Bellerin has made nine appearances for the club in the new campaign in all competitions.

He has played a big part in the north London side’s good start to the season with Arsene Wenger’s side sat in third place and two points behind league leaders Manchester City.

They face Swansea in the Premier League after the break, with the Welsh side struggling near the bottom of the table in 17th place.

In other Arsenal team news, fans react on Twitter to Alexis Sanchez’s performance against Burnley.