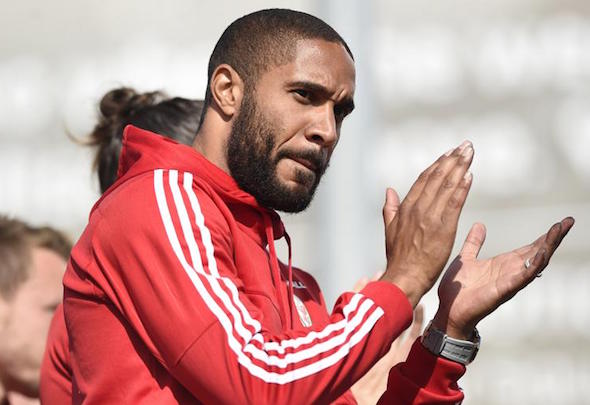 Everton defender Ashley Williams has revealed that he enjoys working under Ronald Koeman.

The Toffees appointed Koeman as their manager in the summer and the Dutchman has enjoyed a good start, with the club currently sixth in the Premier League.

He made several summer signings in the transfer window, including persuading Wales captain Ashley Williams to move to Goodison Park.

Williams, 32, has made a strong start to his Everton career and helped keep three clean sheets in his first 11 appearances for the club.

The centre-back has forged a strong partnership alongside Phil Jagielka and the club now have ambitions of a European spot this season.

Williams has revealed that he has been heavily influenced by Koeman and says he trusts his manager.

“He concentrates on the whole team, he doesn’t just specify defence,” Koeman said, as quoted by the club’s official website. “But playing in the same position he did, I can go to him with any question or query and he will know the answer or an answer, which is always nice as a player to have available to you.

“Someone like him, with so much experience, you feel secure with the knowledge that he’s giving you and you listen. You don’t question it, you just go out and do exactly what he’s asked you to do.”

Koeman is well known for being a top-class defender during his playing career and he has turned out to be a strong manager.

His sides have become recognised for being strong in defence and he enjoyed great success at his former club Southampton.

Williams was identified as a main target in the summer and impressed with Wales in Euro 2016, when he guided them to an unlikely semi-final.

The centre-back made 352 appearances for Swansea and helped them rise from League One to the Premier League.

In other Everton news, their emerging star has revealed what Koeman told him.