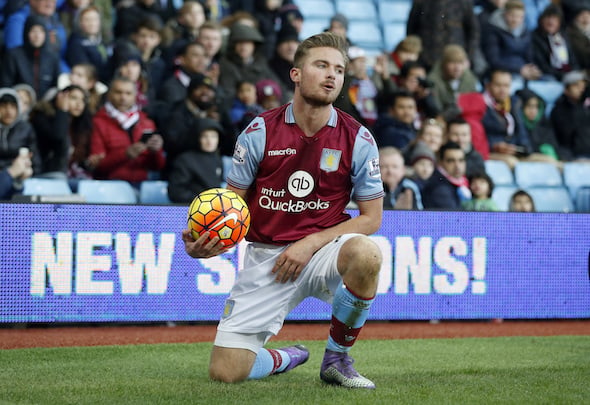 Aston Villa midfielder Jordan Lyden has admitted that he would be open to leaving the club on loan when the transfer window reopens in January.

The 21-year-old has not been involved in any of the first-team matchday squads in the Championship this season.

However, the Australian made two cameo appearances in the Carabao Cup home ties against Wigan Athletic and Middlesbrough.

With the youngster seemingly unlikely to feature on a regular basis for the Steve Bruce’s side this season, he has revealed that he would consider a loan deal at the start of the new year.

“I’ve been fit all season, which is the main thing,” he told The World Game SBS.

“We will see what happens come January. If I’m in the mix for the first team then I will obviously stay.

“But if not then I’ll probably go out on loan.  There were a few League One clubs interested at the start of the season and that’s not a massive step down, I don’t feel.

“It’s competitive men’s football and I feel that would be good for me.”

The midfielder managed to break his way into the Villa first-team set-up during the 2015-16 campaign where they were relegated from the Premier League.

Lyden made a total of four appearances in the English top-flight but he failed to make the desired impact as Villa lost on each occasion.

The Australian also featured in the FA Cup last season as Villa overcame Wycombe Wanderers over two legs in the third round.

The youngster has a better record for the Under-23 team, notching up a total of seven goals and one assist in 40 matches.

Lyden will be hopeful that he can be involved in the squad as Bruce’s men travel to Burton Albion on Tuesday night.