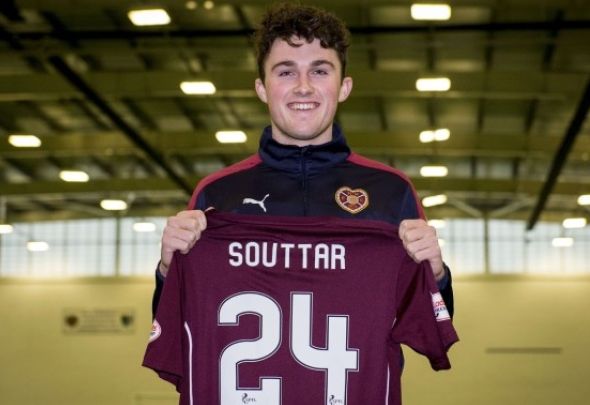 Hearts are looking to tie down in-demand defender John Souttar amid interest from Aston Villa ahead of January, according to reports.

The Scottish Sun claimed the Midlands giants have had the highly-rated centre-back watched several times last month, with Steve Bruce believed to be a keen admirer of the 20-year-old.

However, the Scottish Sun have now reported that the defender will be offered a new contract at Tynecastle despite his original deal lasting until the summer of 2019.

Souttar, who has five Scotland Under-21’s caps to his name, has been one of the first names on Robbie Neilson’s Hearts team sheet after making 13 league and cup appearances this term.

Interest in the youngster is not new, after he snubbed Sunderland in 2013 during his Dundee United days at just 17.

Hearts’ number 14 has already accumulated 102 senior club appearances for both Hearts and Dundee United, despite his tender age.

Souttar is still considered a new signing with Hearts, after moving to Tynecastle in February of this year.

Villa have an abundance of centre-backs, with the likes of James Chester, Tommy Elphick, Nathan Baker and Micar Richards all recognised as central defenders. Souttar will do well to secure a starting spot in Bruce’s side, if a move does materialise.

In other Aston Villa transfer news, reports have also indicated that Bruce is eyeing a move for this free-scoring winger.