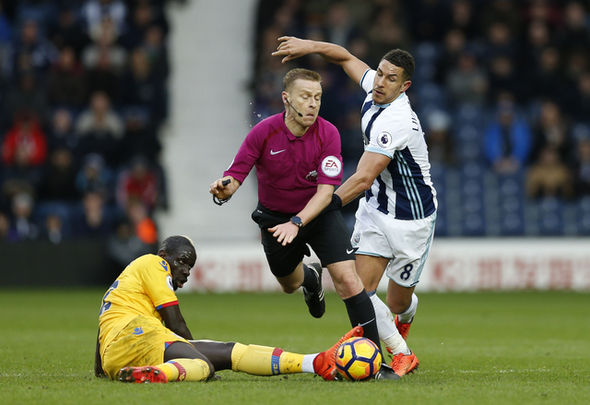 Aston Villa are reportedly being linked with a move for West Bromwich Albion midfielder Jake Livermore and fans are distinctly unimpressed with the potential transfer.

The Dail Mail suggest that the Villans are one of a number of clubs in the hunt for the defensive midfielder but any chance of capturing their target hinges on promotion to the Premier League.

Livermore, 28, previously played at Hull and Tottenham and gained a reputation for his passing abilities which even earned him call-ups to the England national team.

A mainstay in the Baggies side, he has been among a host of players to have underperformed this season as they fight relegation from the Premier League – but is expected to leave this summer.

It will be a tough pill to swallow for West Brom supporters given the rivalry of the two West Midland clubs but seemingly it will be an even tougher pill for Villa supporters who are against a move for the midfielder.

By and large, the speculation of a move for Livermore had Villans calling for the head of Steve Bruce, clearly unhappy with their recent form under the former Manchester United captain.

Here is what the Villa faithful had to say about the reported transfer:

Exactly the reason why we should sack Bruce even if we go up! He will lumber us with overpaid, average British players, exactly like MON did. Get rid! #avfc

Bruce, win a match, as a team, and then another and another till alls done,,, then worry about who’s signing who,,,,, one step at a time yea,,,

Please rid us of this waster, sooner the better, include his mini bus of coaching mates too

Good grief .. is that the extent of our ambition..please God no… woeful for olbyon… woeful for England..

In other Aston Villa news, Aston Villa key first teamer firmly in running to be next Leeds signing – Football Whispers.