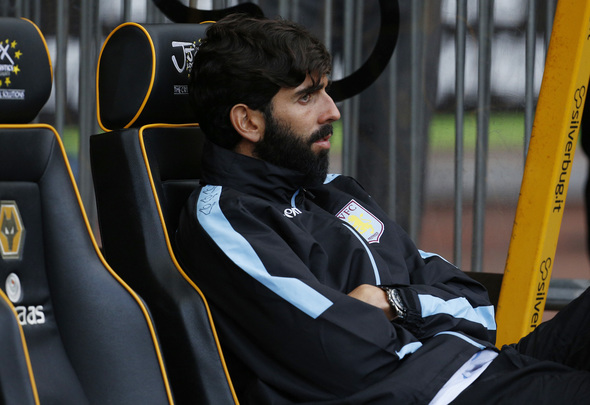 Aston Villa defender Jose Angel Crespo is set to depart the club after a forgettable campaign, according to a report.

The Birmingham Mail claim that Crespo is expected to make his move in the coming days after personal terms were agreed with Greek side PAOK.

The Spaniard, 29, was signed by then-Villa manager Tim Sherwood for a fee reported to be around £500,000 and it is said that the same figure has now been settled.

New manager Roberto Di Matteo has sanctioned the departure of Crespo after only one appearance for the relegated club.

Crespo made a switch from Spanish side Cordoba last summer, but failed to make a mark in a side that conceded 76 goals. As a result he was loaned out to Rayo Vallecano and is now expected to make a switch to Greece.

It was reported that a number of clubs in Italy and Spain were interested in the Villa flop’s signature, but a move to PAOK is close to completion.

Villa have already added to their defence with the signing of Tommy Elphick from Bournemouth, as reported by Football Insider.

In other Aston Villa news, the club have lined up a French wonderkid to spell the end for veteran flops Joleon Lescott and Micah Richards.