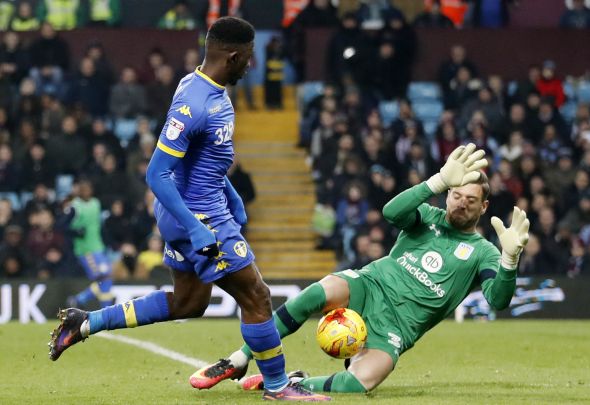 The 32-year-old goalkeeper posted a picture on his personal Twitter account on Thursday afternoon which shows a tree had demolished a wall at the front of his property.

Bruce revealed that McCormack had missed a number of training sessions, even blaming faulty electric gates for his failure to make it to work.

This resulted in him being dropped from the first team and he is now out on loan at Championship rivals Nottingham Forest for the remainder of the season.

Here is Bunn posting a picture of ‘Storm Doris’, which has caused havoc across the UK on Thursday, causing damage to his front garden.

Just got home to this 😩😱 #storm pic.twitter.com/vQjoc1UMOp

After realising that no-one was hurt, many Villa supporters will see the funny side to the Bunn situation because it would give them reminders of the McCormack controversy.

There appears little doubt that Bunn will turn up to training on Friday as he will be hoping to work his way back into the first team.

January signing Sam Johnstone has kept him out of the starting XI since the Manchester United man joined on loan last month.

However, he has failed to keep a clean sheet during his time in the Midlands as Bruce’s side have only recorded one point since the turn of the year.

In other Aston Villa news, Garry Thompson has delivered a scathing attack on the players for their treatment of Scott Hogan.