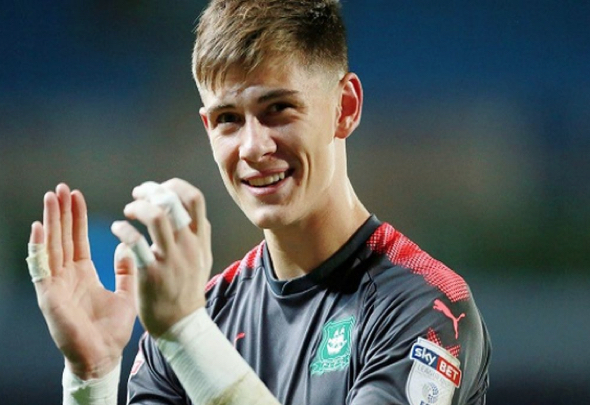 Villa and Brighton see Cooper as a potential star in the making and they are ready to test Plymouth’s resolve to hang onto the keeper this summer by firming up their interest with offers for the teenager.

Cooper made his first-team debut for Plymouth last season when he came off the bench for the injured Kyle Letheren against Blackburn Rovers last October.

The 18-year-old played 44 minutes of the game against Blackburn and did not conceded a goal as the game ended 1-1.

The teenager’s progress has not gone unnoticed among clubs higher up the football pyramid with scouts from Villa and Brighton making regular checks on Cooper when he played for Plymouth’s Under 18s in the FA Youth Cup last season.

Cooper is highly-regarded at Plymouth after coming up through the ranks at Home Park and he has been invited away on England goalkeeping training camps in the past.