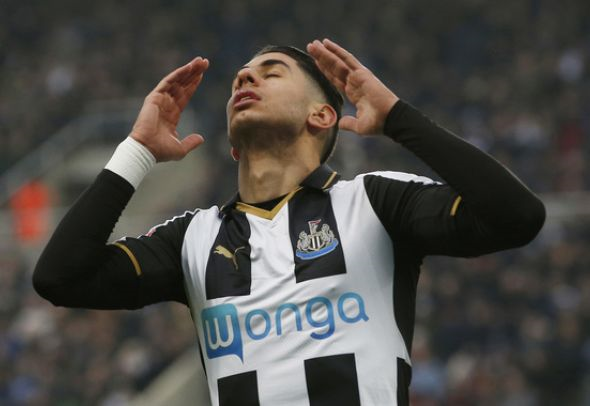 Newcastle should make four changes when they take on Aston Villa at St James’ Park on Monday night.

As a result, attacking trio, Aleksandar Mitrovic, Ayoze Perez and Yoan Gouffran should be axed, along with Paul Dummett.

Returning striker Gayle would add much more belief to the attacking line as Diame should play in behind the Championships top goalscorer.

Frenchman Gouffran has not been producing the goods of late and Benitez should give the dangerous Atsu a run in the side with Matt Ritchie operating the other wing.

Furthermore, the midfield should consist of Jonjo Shelvey and Jack Colback, but the latter will have to provide more quality on the ball if he is to prove his doubters wrong.

In defence, Gamez must be given a shot to prove himself ahead of the inconsistent Dummett with the rest of the defensive line remaining the same.

Centre-back pairing Ciaran Clark and Jamaal Lascelles should keep their places in the team. However, they must show more consistency if they are to secure the valuable clean sheets.

This will be the first time since 1938 that the duo will meet at St James Park, outside of the top flight, during the reverse fixture at Villa Park, both settled for a draw.

In other Newcastle news, Mick Quinn has fired shots at Aston Villa ahead of the Monday night showdown.