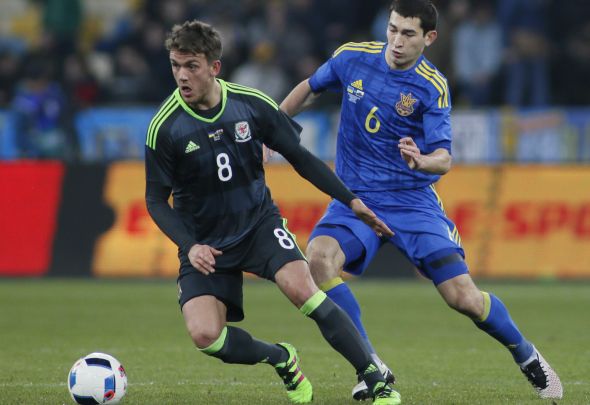 Emyr Huws is the man to reignite the missing spark in Rangers midfield and save under-fire manager Mark Warburton.

Huws, 23, is set to be made available for loan in January after struggling to break into the Cardiff City side this season.

“As it comes to January I suppose I will have to have a chat to find what he (Huws) feels like,” Warnock told BBC Radio Wales, as quoted by the BBC.

A 10-time Wales international, Huws has played against some of the world’s best after starring in Chris Coleman’s side against the likes of Holland, Ukraine and Sweden.

His ability to dictate the tempo of the match with an eye-catching array of passing has seen him star for the likes of Birmingham, Wigan and Yorkshire side Huddersfield.

After scoring five goals for the Terriers last season, Huws is also able to get forward and find the back of the net which is a quality currently lacking from the Gers midfield.

The loan signing of Manchester City academy graduate Huws would add both a long-lasting engine and an attacking incisiveness to the Gers midfield, complimenting the combative Andy Halliday.

With the inclusion of Huws, 54-time Scottish champions Rangers could start to form some sort of consistency as they look to claim second place in the top tier ahead of Hearts and Aberdeen.

Warburton desperately needs to reinforce a midfield that lacks quality. Buying Huws could save his Rangers career.

In other Rangers transfer news, this 26-year-old star has been offered to Warburton.