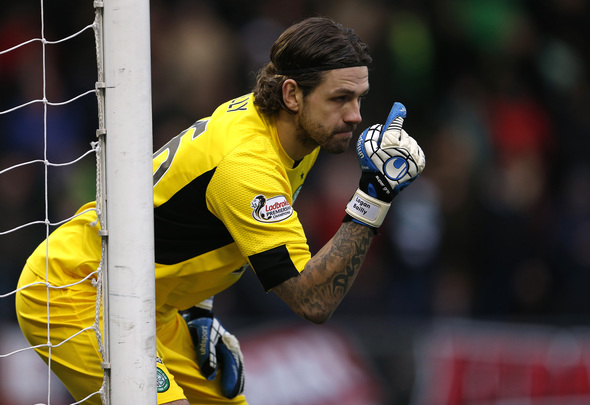 Former Celtic goalkeeper Logan Bailly has told Anderlecht where Celtic’s threats are ahead of the sides meeting in the Champions League – and pinpointed Patrick Roberts as being “”exceptional.”

The Belgian shotstopper left Celtic over the summer to return to his home country to sign for Mouscron after two years in Glasgow.

Bailly, who has 8 caps for Belgium, picked out a number of Celtic’s players as potential match-winners for the Hoops but reserved special praise for Roberts.

“The Celtic is a team of people, with prominent individuals.” Bailly told RBTF.

“Moussa Dembele is coming back from a long spell out but the danger may come from anywhere, and they have several fatal weapons: Griffiths, Sinclair, Brown and especially Patrick Roberts, who came back from Manchester City and is an exceptional player for me.

“Brendan Rodgers is also a renowned coach and breathes this mentality of winning.

“For me, Celtic is stronger than Anderlecht, but in football everything is possible: They showed last year at Manchester United that they were motivated for big occasions, and so Anderlecht’s failed season start does mean nothing, but in pure value, I would bet on the Celtic.”

Both sides lost their opening group games in the Champions League and it will be between the Scottish and Belgian champions to fight it out for third place in Group B and a spot in the Europa League after Christmas.

While Celtic have been on a phenomenal 57-game domestic run without defeat, Anderlecht have already sacked their manager following their worst start to a league campaign in 19 years.

Interim boss Nicolas Frutos will take charge of the Belgians and, after picking up wins in his first two games since taking over, will be hoping to make it three out of three with a win against the Hoops on Wednesday night.