Leeds United striker Patrick Bamford would have been “frustrated” watching Ollie Watkins score on his England debut, according to Frank McAvennie.

The former Celtic and West Ham forward, speaking exclusively to Football Insider, said Bamford’s “biggest problem” in regards to an international call-up was the form of other English strikers this season.

Leeds’ top-scorer was overlooked by Gareth Southgate for the recent World Cup qualifiers with Aston Villa’s Ollie Watkins, 25, selected ahead of him. 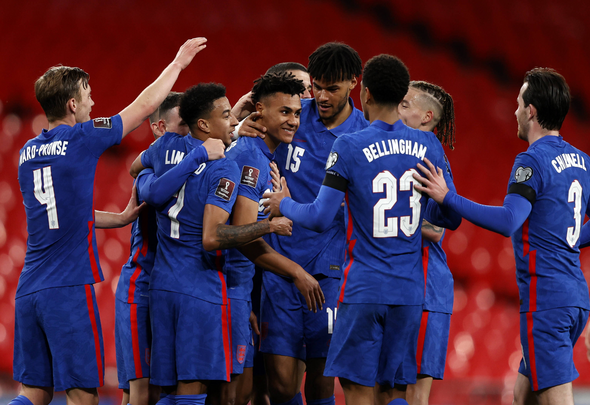 The decision came as somewhat of a surprise given that Bamford (14) has scored more this season than Watkins (10), who joined Villa last summer for an initial £28million.

Watkins scored on his debut as a second half substitute against San Marino last week and McAvennie believes it was a difficult sight for Bamford.

“It would have been frustrating for Bamford seeing Watkins score on his debut,” he told Football Insider.

“It would have been strange for the boy but listen, he just needs to keep knocking on the door. That is all he can do. There is not much more he can do really.

“It is his first season playing regularly in the Premier League and if he continues to do what he’s doing now, next year he’ll be in the England squad. I am sure of that.

“Unfortunately, a lot of English strikers are doing very well at the moment. There is not many of them that are not scoring, that is Bamford’s biggest problem. I always say you have to pick players on form but they are all playing well.