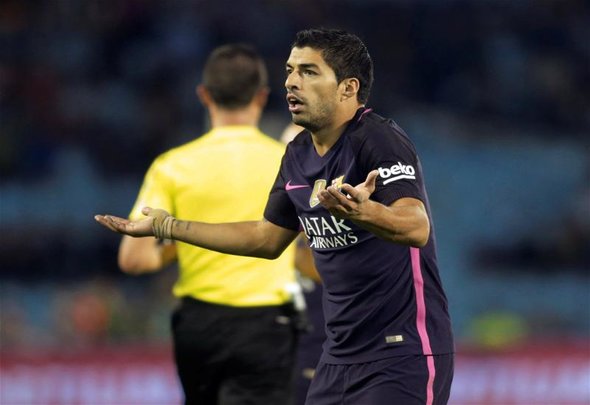 Barcelona star Luis Suarez has sent his congratulations to former Liverpool team-mate Steven Gerrard after the iconic England midfielder was confirmed as the next manager of Rangers on a four-year contract.

Gerrard will start his first job in management of June 1st after agreeing to leave Liverpool’s Academy, where he had been Under-18s head coach and take the reins at Ibrox as they look to end Celtic’s domination of Scottish football.

Suarez took time out from his preparation for Sunday’s El Clasico against Real Madrid to send a message to his former skipper and wish him luck as he takes his first steps into management.

Good luck in this new experience, my friend 👏👏👏 pic.twitter.com/VqVioaUjRX

The range of football stars taking time to congratulate Gerrard on his new role shows just how big an event this is. While it is far too early to say it will have the same effect, there is definitely similarities between Gerrard’s appointment and the arrival of Graeme Souness at Ibrox 30 years ago. If Gerrard can kickstart an Ibrox revolution in the same way Souness did all those years ago then Gers fans are in for a wild ride over the next few years as their side becomes unrecognisable from the previous few. It might still backfire and leave the Gers board looking foolish for taking the gamble but as things stand, Gers fans have every reason to be positive over the appointment of the 37-year-old and should look towards next season with some excitement over what could be about to come.  One way or the other, it’s going to be a very interesting time to be following Scottish football with Steven Gerrard around.

In other Rangers news, Gerrard needs to get off to a good start to his managerial career