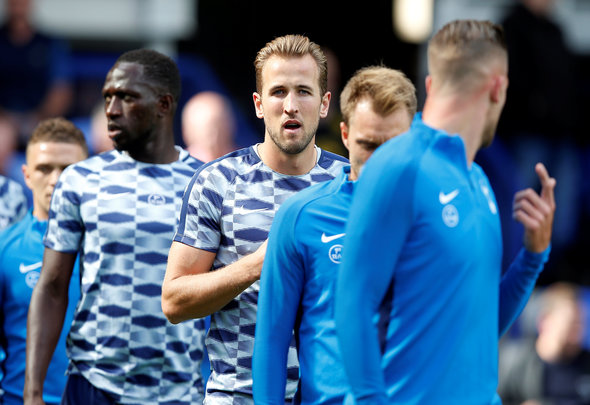 Leon Osman believes that Tottenham must be considered title contenders following their demolition of Everton on Saturday.

Spurs cruised to a convincing 3-0 away win at Goodison Park as they got their Premier League season back on track and moved up to fifth.

Mauricio Pochettino’s side were without a victory since the opening day against Newcastle, but put in a big performance to pick up maximum points against a struggling Everton side.

Harry Kane struck his first two goals of the season and reached 100 Spurs goals in the process, while attacking midfielder Christian Eriksen added another.

The Toffees were expected to be competing for the European spots this campaign, but Spurs made fairly light work of their opponents.

BBC pundit Osman has stated that the North London club must now be viewed as serious candidates to win the Premier League title.

“It’s not been through a lack of effort from Everton but Spurs have just been a cut above,” Osman told BBC Radio 5 live. “Their movement and the way they have worked together as a team was brilliant.

“Tottenham should certainly be considered title contenders after that performance. They just need to get that victory at Wembley and they will be on their way.”

Spurs have been in the running for the league title in the past two seasons, but missed out to Leicester and Chelsea respectively.

However, Pocehttino has managed to build a formidable squad and they will hope this season they can finally get over the line and win the top-flight title.

They will face extremely tough competition if they are to become champions as Manchester City, Chelsea and Manchester United all seem very strong this season.

Osman thinks Spurs will be right in the mix and just need to pick up their first win at temporary home ground Wembley to build momentum.

They have one point in their first two home games this season, but host Borussia Dortmund in the Champions League and then Swansea in the Premier League in the next week as they look to address that problem.

In other Tottenham news, the club’s supporters reacted to Davinson Sanchez’s performance against Everton.