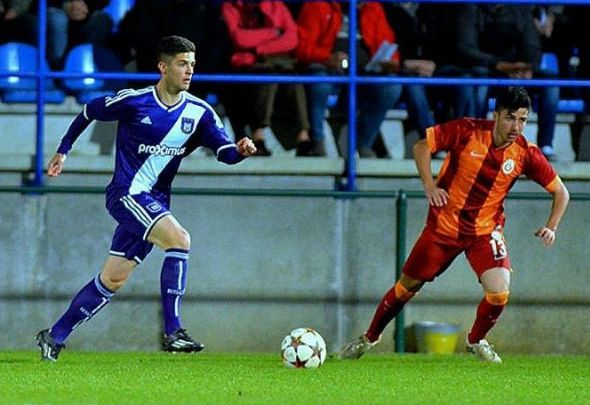 Benfica left-back Alexis Scholl dropped a big hint on his Twitter on Thursday afternoon that a move to Leeds is becoming more likely.

The 2o-year-old has been strongly linked this week with an Elland Road transfer after Player of the Year Charlie Taylor submitted a transfer request that was rejected by the club. Scholl spent last season loan at Belgian side Gent and has just 68 minutes of professional football to his name, making just three substitute appearances for Benfica’s B team, who play in the second tier of Portuguese football.

He was a trainee at Anderlecht and was signed by the Portuguese champions back in 2015 after spending three years at the Roger Vanden Stock stadium.

Scholl was reported to be on Monk’s shortlist by Portuguese newspaper A Bola on Tuesday.

Taylor has attracted Premier League interest since handing in a transfer request, and has just 12 months remaining on his Elland Road deal.

Taylor is interesting the likes of Burnley, Middlesbrough, West Ham and West Brom, according to The Mirror.

In other Leeds news, Jordan Botaka has responded to comments made by ex-boss Steve Evans.