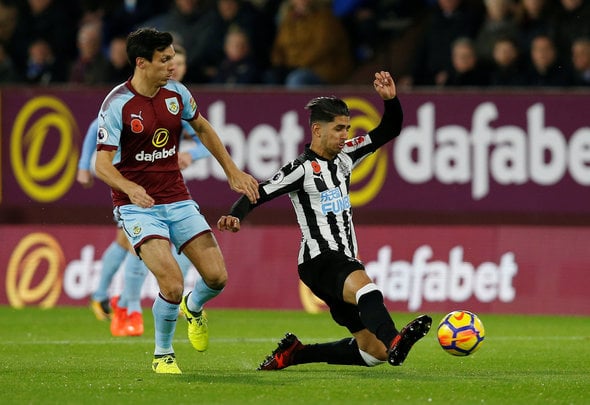 If there is one position where Newcastle United are severely lacking in options, it is the attacking midfield role.

The Magpies simply do not have a natural in the position, and manager Rafael Benitez has been forced into shoehorning a number of different players in order to try and find a fit which works.

Mohamed Diame, Ayoze Perez and more recently Matt Ritchie have all been given the chance to shine just behind the striker, but while they might have performed admirably, they have left the fans, as well as their boss, wanting more.

Of the trio, it was been the 24-year-old Spaniard who has been Benitez’s favourite to operate in the role, his hard work ethic and close control on the ball helping him earn 29 appearances this season, missing just two of the club’s 30 league matches.

However, there could well be a new contender on the scene, and his bold revelation must see Perez given the boot by the man in charge.

Summer signing Mikel Merino has always been used in a deeper lying role during his 23 appearances this season, working almost as a defensive midfielder in a similar mould to Shelvey’s usual position, but he has now admitted it is not where he wants to be playing.

When asked what position he would rather play in, the 21-year-old told Spanish publication AS: “With a midfielder behind that gives me more freedom because I like to get to the area, shoot on goal.

“It’s where I think I am the best footballer.”

Suggesting that Benitez, and the Toon Army, are yet to see the best of him, the former Borussia Dortmund man must be given the chance to shine in a more attacking role, for he certainly has the attributes to be a success.

His passing accuracy, strength and dynamism would make him a constant threat to the opposition back line, and with Perez failing to have the desired impact, with just two goals and three assists in his top flight appearances, it is time to drop the axe and have a shake up in attack.