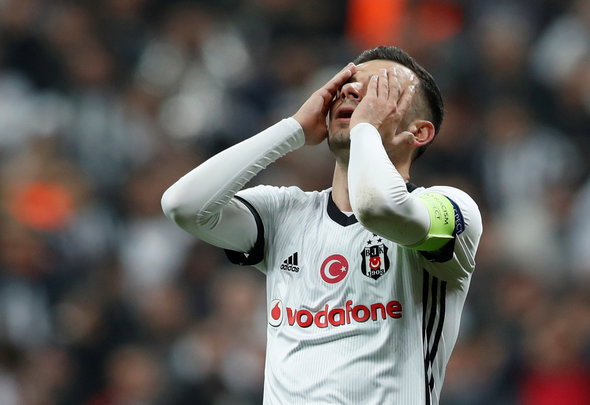 Newcastle United are looking to snipe a move for Besiktas midfielder Oguzhan Ozyakup from under the nose of Premier League rivals Everton this summer, according to a report.

Turkish-Football claim that the Magpies have joined the Toffees in the hunt for the former Arsenal youngster, with his contract at the top flight title chasers set to expire in the summer, and have already held talks with his representatives over a potential move to St James’ Park.

The 25-year-old, who has 32 caps for Turkey under his belt, made just two appearances for the Gunners before departing north London, and has turned out 31 times across all competitions this season, chipping in with six assists, to help his side sit third in the Super Lig, four points off table toppers Galatasaray.

As a result of his contractual situation, the Magpies and the Toffees would be able to swoop up Ozyakup for an absolute bargain free transfer, although the report claims work is being done to tie him down at Besiktas.

While he might have only made two appearances with Arsenal before departing England, the 25-year-old will know all about Everton and Newcastle, and what it takes to be a success in the Premier League. While the Gunners might have let him leave, he certainly seems to have stepped up his game over in Turkey, and he looks in line to make a move back to England and prove his former side wrong for green lighting his exit. So will it be the Toffees or the Magpies who come out on top? Both sides have an argument for wanting his capture, and both have had similar seasons. If it comes down to money, then it is the Merseyside club who win the battle, although with Rafael Benitez at the helm, Ozyakup’s footballing brain might tell him it is the north east club which suits him best.