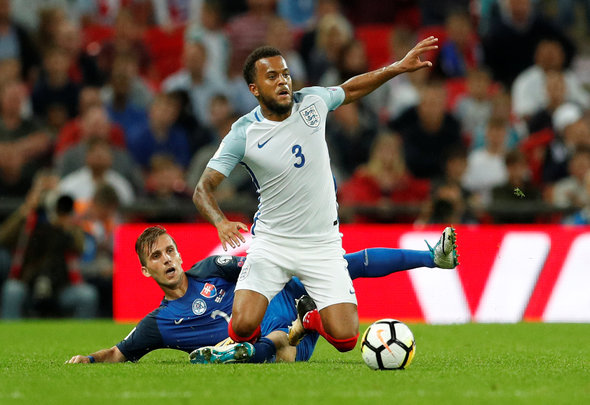 Southampton defender Ryan Bertrand has given his backing to Tottenham’s Harry Kane for the England captaincy next summer.

The Spurs striker has been one of a number of players who have seen themselves given the captain’s armband by Gareth Southgate in recent matches as he looks to decide on a successor to Wayne Rooney, who has retired from international duty.

Liverpool’s Jordan Henderson is another candidate, but Bertrand says that he will be backing the Tottenham striker, despite being his rival in the league.

Speaking ahead of the Three Lions’ international fixtures, the Southampton man told ESPN FC: “That’s (the captaincy) is completely down to the manager.

“H (Harry Kane) gets my vote. Him coming to the England camp in such fine form is a massive boost for the whole squad. He is in great form.

“What we are blessed with is we have a lot of leaders in the camp now and whoever is tasked with that duty on the night is deserving of that.”

Kane has made 21 appearances for his country since his debut back in March 2015, and has carried his impressive goal scoring form for Tottenham onto the international stage.

He has netted 10 times for the Three Lions so far, including five in his last four games, two of which he was handed the captain’s armband.

He will be hoping to continue his streak in England’s clashes with Slovenia and Lithuania, knowing that three points from either match will see Southgate’s side book their place at the 2018 World Cup finals in Russia.

So far this season Kane has scored 11 goals in nine appearances across all competitions, with seven goals in his last three outings for Tottenham.

In other Tottenham news, Alan Brazil has called one Spurs star ‘a lucky boy’ after his recent issues.