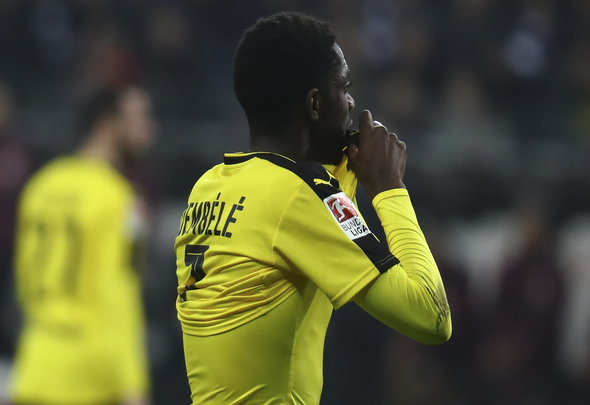 Tottenham are likely to find themselves in a position this summer where they can aim for much bigger and better things, where they could spend £30million on top-class talent and not a Moussa Sissoko.

Mauricio Pochettino’s side have once again been strongly linked with a move for Crystal Palace winger Wilfried Zaha, but after his ill-fated switch to Manchester United several years ago, life with the elite may not yet be on the cards.

Instead, Tottenham should focus their attention on one of three wing wizards that are more certain to make the difference at White Hart Lane.

Tottenham must end their seemingly endless flirtation with the Real Madrid outcast with a concrete offer this summer.

It may seem baffling that a player of Isco’s quality is being wasted on the substitutes’ bench, but Tottenham must turn that pain into their own gain.

The 24-year-old has made just 13 La Liga starts this season, and could transform Tottenham’s attacking line-up from potential title contenders into a genuine threat.

Isco could well be available for the right price this summer, and if Spurs can overcome their Daniel Levy obstacle, he would be worth every penny.

Realistically, Dortmund should not be listening to any offers for Dembele, but money could well do the talking.

The 19-year-old only moved to the German club at the start of the season, but he has already set the Bundesliga alight with his attacking quality.

Jurgen Klopp is a keen admirer, and may consider a move to bring him to Anfield, but if Liverpool are interested, then Tottenham should stop at nothing to rival them.

The two clubs could be delicately poised over the coming seasons, and a player like Dembele could prove to be the difference between the two.

Plus, his goalscoring exploits could also help ease the burden off Harry Kane, without having to spend big on a world-class goalscorer – although both would be ideal.

He has contributed seven goals and 16 assists from 36 appearances for Dortmund this season.

AS Monaco have brought together a group of some of Europe’s brightest young talents, and they were put in the shop window during the win over Manchester City last week.

Among them is star winger Thomas Lemar. The 21-year-old has been one of Ligue 1’s top performers this season, scoring 11 goals and supplying 10 assists.

He is sure to make the jump to a European superpower in the coming seasons, but Tottenham should try their hand in the summer.

They’ve not had the best of luck with French talent as of late – with Sissoko and Georges-Kevin N’Koudou proving unsuccessful summer buys – but Lemar would soar down a path to success.

In other Tottenham transfer news, £51million-rated wonderkid Kylian Mbappe has delivered his verdict on interest from north London.