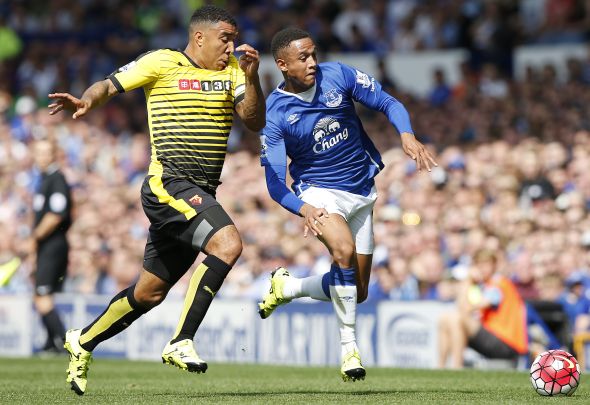 Sky Bet have called a halt to their markets for the 28-year-old moving to the Yorkshire giants alongside Midlands club Birmingham before the September 3 transfer deadline.

There has been strong speculation that the 28-year-old striker will be on his way out of the Hertfordshire-based side this summer with his role at the club diminishing this season.

A link to Leeds has not yet been established, but Sky Bet are now refusing to take bets on the possibility of Deeney making the switch to the Yorkshire giants.

The powerful striker started from the bench in Watford’s 5-0 defeat against Manchester City on Sunday before coming on for a 31 minute cameo.

The club captain has also been left to start from the bench in key fixtures against Chelsea, Leicester and Tottenham since the beginning of April and he may now be looking for a move elsewhere.

Deeney has a prolific record in the English top-flight in front of goal with 23 goals scored in 75 Premier League appearances and of those 10 strikes have came in the 2016-17 campaign where he featured in 37 matches.

It is felt that he would be a good partner for Leeds talisman Chris Wood, but some fans may also be worried that the powerhouse could be the New Zealand international’s replacement.

In other Leeds transfer news, fans reacted to a cryptic message from this reported summer target.