Michael Brown has admitted it is “great to see” Jack O’Connell back working on a comeback at Sheffield United.

Speaking exclusively to Football Insider, the former Blades star insisted the centre-back had been sorely missed during his lengthy layoff and his return to the training ground would be a “big boost”.

Sheffield Star journalist Danny Hall shared a video of the 26-year-old stepping up his recovery in training this week after undergoing knee surgery last year.

O’Connell played twice for the Blades at the start of the season before going under the knife and it remains to be seen if he will play again this term.

Brown admitted the former Rochdale man was a big loss to Chris Wilder’s side but that it was a relief to see him working on a comeback.

“Yeah, it is a big boost that he’s in and around it, getting some sort of rehabilitation,” Brown told Football Insider.

“It’s great to see, it’s great for him to be getting some sort of minutes because he’s been missed, hasn’t he?

“I think that’s the key that everyone was saying: ‘How do you replace him?’ I don’t think it’s been an easy one, Ampadu now stepping into that sort of situation and filling that gap.” 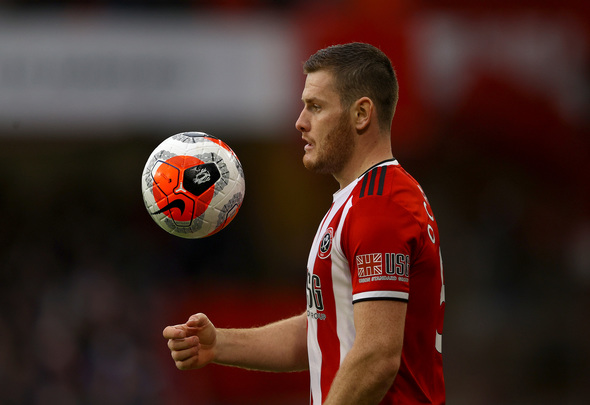 O’Connell has made 177 appearances for Sheffield United to date, with nine goals under his belt.

He played every minute in all but five of the Blades’ Premier League games last season, highlighting how big a loss he has been this term.