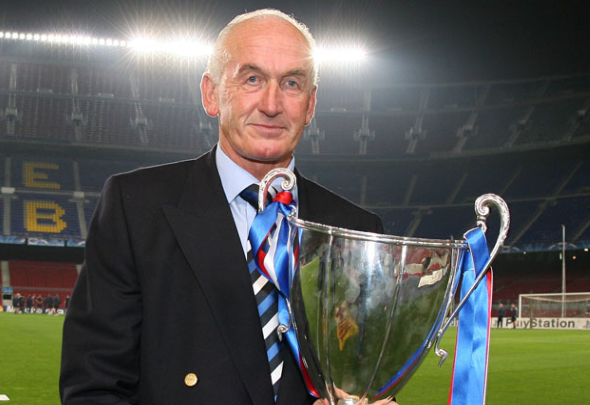 Rangers legend Peter McCloy thinks “good times could be ahead” for the Ibrox giants when Steven Gerrard takes the reins as manager – if he is given money to spend by the Ibrox board.

McCloy admits there will be comparisons made with Graeme Souness’ arrival in 1986 and hopes Gerrard is backed to bring in some “quality signings” this summer.

“The comparisons will be made with Graeme Souness and I hope Steven gets a bit of money to spend. If he does, good times could be ahead,” McCloy said, as quoted by the Scottish Sun.

“Players are needed to come in. You can’t change everybody but Steven will have a few players in mind and I think we need some quality signings in certain positions.

“When Graeme came he was still playing and all the English teams were banned from Europe so that helped attract top quality players.

“He had a bit of money and it was a big turning point for Rangers.”

Gerrard needs to be backed by the Ibrox board this summer if they are to take on bitter rivals Celtic and win their first Scottish title since 2011 – and the arrivals of Scott Arfield, Allan McGregor and Jamie Murphy suggest that he will. With the Gers back in competitive action on July 12th, they will need to be quick in getting their targets this summer. With a huge number of players who could be on their way out this summer it could be a very busy transfer window for the Gers. Despite the comparisons with Souness’ arrival, there are few things that applied to Rangers in 1986 that still hold true 32 years later – although there hasn’t been as much buzz surrounding a new manager in Scottish football in all that time. With only a few days until Gerrard gets officially started, the anticipation is only going to build until he arrives on Friday.