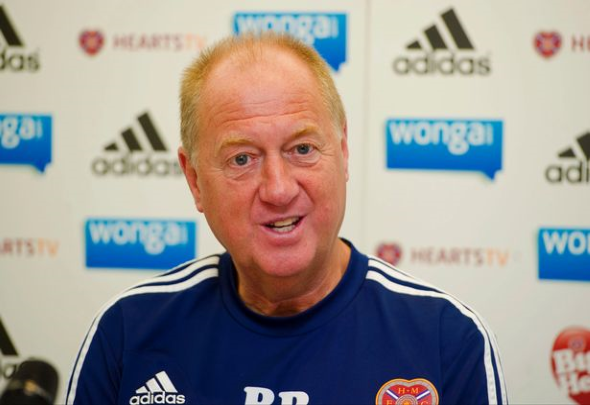 Billy Brown believes Rangers midfielder Jason Holt “simply has to” play against Celtic in Sunday’s Scottish Premiership clash at Parkhead – and thinks the difference between the Gers side when they faced their bitter rivals at Hampden in the Scottish Cup semi-final compared to last Sunday’s win over Hearts shows what Holt brings to the team.

The former Hearts ace came back into the starting XI for the clash with Hearts and impressed alongside Graham Dorrans in the centre of midfield as the Gers picked up three points.

Brown, who worked with Holt at Tynecastle, thinks the 25-year-old is “exactly what Rangers need” to get the better of their bitter rivals when they meet for the final time this season on Sunday.

“Jason simply has to play against Celtic. I’d go as far as to say he’s exactly what Rangers need,” Brown said, as quoted by the Daily Record.

“I was at Rangers against Hearts game last weekend and Jason was really good.

‘He got onto the ball, he made things happen, but just as importantly, he was going into tackles and he was closing people down.

“I would have thought that, after watching Rangers play against Celtic the previous week with Jason not in the side and then watching them against Hearts seven days later with him in the team, he must play.”

Holt and Dorrans look likely to be Graeme Murty’s midfield pairing when the Light Blues head across the city and the former Hearts midfielder’s energy in the middle of the park could give the Gers something to build from at Parkhead.

Celtic could lift the Scottish Premiership with a win over the Light Blues on Sunday to secure their seventh successive title and take a step closer to a historic back-to-back treble.

After his performance against Hearts, Holt looks to have put himself right in contention for a start at Celtic Park and is a massively undervalued part of the squad at Ibrox. The 25-year-old never seems to get the credit he is due for his performances but rarely lets the side down when he does play. Whatever Murty does on Sunday, it needs to be an improvement on the shambolic Scottish Cup semi-final defeat at Hampden as they completely collapsed and fell to a 4-0 thrashing.