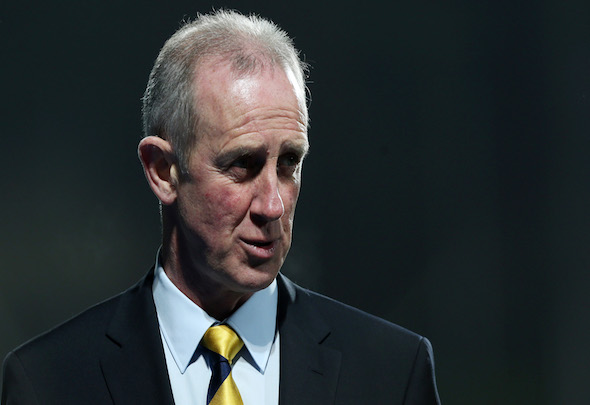 Billy Stark has heaped heavy praise on Celtic midfielder Callum McGregor and claimed that “he can be a real creative force”.

The 24-year-old has enjoyed a fantastic start to the new season, contributing with six goals and three assists in all competitions.

The midfielder notched up a brace in the 2-2 league draw at Celtic Park against Hibernian on the weekend, preserving the Hoops’ impressive unbeaten run in domestic competitions to 58 matches.

The result meant that Brendan Rodgers’ men maintained their place at the top of the league table but they are now level on points with second-placed Aberdeen.

“I knew right away when Brendan Rodgers came in to Celtic that Callum would be his type of player,” he said.

“I have to admit, I didn’t think he would get him to the type of level that he is at now.

“He can be a real creative force in terms of providing and finishing, and you don’t underestimate the value of players like that.

“He’s not the biggest or the strongest, but he is overcoming that by being busy, always wanting to get on the ball and being brave on the ball.

“He doesn’t make safe passes when he doesn’t need to, his first thought is to penetrate, and Brendan has been able to give him the confidence to put all that together.

“In terms of Callum, I don’t think anyone could dispute that he’s a lovely footballer to watch, it’s just about those other things that come into it.”

The midfielder has spent his whole footballer career at Celtic Park but he enjoyed his breakthrough into the first-team during the 2014-14 campaign.

Since then, McGregor has become an integral part of the senior squad and he was in fantastic form last season, scoring seven goals and producing an impressive 11 assists in all competitions.

McGregor has helped Celtic win three consecutive league titles and he was crucial in helping the Hoops secure a memorable treble last season.

The midfielder is currently away with the Scotland national team as they prepare for their upcoming World Cup qualifiers against Slovakia and Slovenia.

In other Celtic news, fans have reacted after a key player was ruled out of their clash with Bayern Munich later this month.