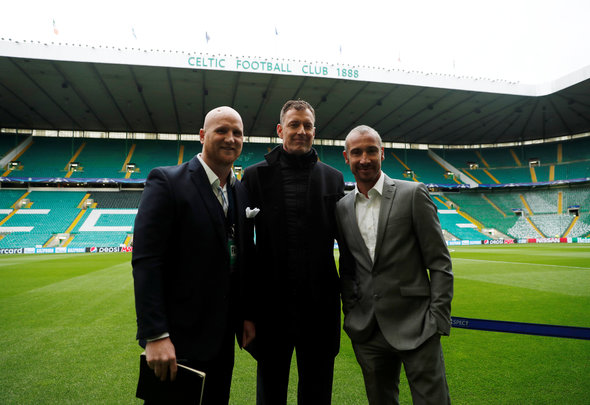 Chris Sutton believes that Celtic’s 3-0 win against Anderlecht on Wednesday night was a massive game in Olivier Ntcham’s progression to become a top player.

Ntcham, 21, played a vital role in the Hoops’ opening goal when his beautifully-placed through-ball found Kieran Tierney, who proceeded to cross the ball into Leigh Griffiths to score.

Patrick Roberts and Scott Sinclair rounded off the 3-0 win in the second half which gave the Bhoys a massive chance of finishing at least third in their Champions League group this year.

However it wasn’t all easy for Frenchman Ntcham, after he came under-fire from the fans after his display for giving the ball away far too often in the Celtic midfield.

Ex-Parkhead striker Sutton had admitted that the midfielder had a poor first-half, but thinks he showed good character to get his head back into the game after the break.

“Ntcham, tonight it was an important part of his development. He had a bit of a stinker in the first half if we’re being honest, but he kept showing for the ball and got on the ball,” he said during BT Sport’s post-game coverage on Wednesday night.

“It could be a big night for him.”

Ntcham has been ever-present for the Bhoys since he signed from Manchester City in the summer transfer window.

He was introduced back into the starting line-up after he missed the Old Firm win over Rangers at the weekend as Stuart Armstrong played instead in the heart of midfield.

The extra defensive steel that Ntcham provides in the centre of the park clearly did the trick though on Wednesday in what was a huge win for Celtic.

In other Celtic news, fans tore into this player for his display against Anderlecht.