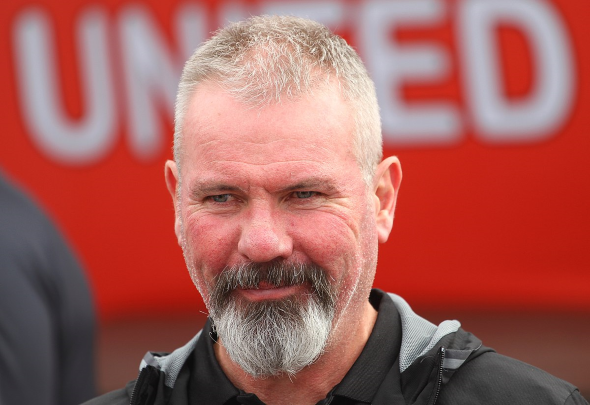 Former Celtic striker Brian McClair has given a bizarre verdict on Sunday’s Old Firm clash at Ibrox and claimed assistant referee Douglas Ross was in it for the fame by flagging for an elbow on Alfredo Morelos by Jozo Simunovic.

McClair also claims that referee Willie Collum “decided to be the star of the show” in the pulsating 3-2 win for the Hoops.

Rangers twice fired themselves in front but were pegged back each time by Brendan Rodgers’ side before Odsonne Edouard scored the winner.

Collum had one of his less contentious performances as referee with the whistler getting all of the big calls right although McClair clearly disagreed.

“This morning 3 guys in Scotland arrived at their place of work, got changed into their Black uniforms and started their shift, soon one decided to be the star of the show, another decided in one instance that he was going to be famous,” McClair said on his personal Twitter account.

“Their decisions galvanised the numerically disadvantaged side to victory, much to the chagrin and bitter rage of the other side!”

… their decisions galvanised the numerically disadvantaged side to victory, much to the chagrin and bitter rage of the other side!!!

Tom Rogic and Moussa Dembele also got on the scoresheet for Celtic after goals from Josh Windass and Daniel Candeias fired the Gers in front.

The win leaves Celtic nine points ahead of the Gers with a game in hand and kills off any hope the Light Blues had of making a late charge for the title.

The sides still have to meet two more times this season – once in the league and once in the Scottish Cup – and the Gers will be sure to be after revenge after losing their title hopes were ended.

McClair most recently had a brief stint as the Scottish FA’s performance director before resigning in 2016.

Not sure which game McClair watched but Willie Collum had a decent enough game while the red card was 100% the right call. McClair’s ‘analysis’ is a little bit odd, to say the least, and given his recent roles with the Scottish FA is more than a little bit eyebrow raising. Perhaps he’s had a few refreshments to enjoy the game, otherwise it comes off  as the kind of crazy nonsense you normally find in the darker reaches of Twitter.