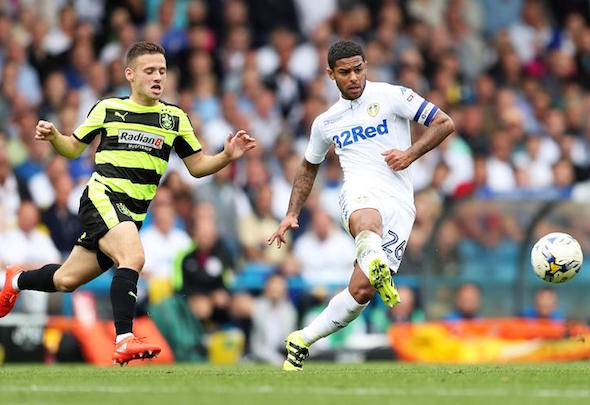 Leeds midfielder Liam Bridcutt has admitted that he was fast-tracked back into the squad due to the club’s recent injuries and suspensions.

The 27-year-old has revealed that he had participated in just five days of training before making his comeback against Reading on Tuesday.

The Whites won the Championship clash 2-0 and Bridcutt was forced to come off the bench after just 33 minutes to replace the injured goalscorer Chris Wood.

The central midfielder made his return after missing 16 games across all competitions with a broken foot.

Bridcutt has explained that he made a swift return from injury as Garry Monk’s squad was very low on options.

“I’ve been fast-tracked back with the squad, due to the injuries and suspensions we have, I’ve only had five days of training,” Bridcutt said, as quoted by the club’s official website. “I’d been out ten weeks and now I have played over 70 minutes, things like that happen though in football and I am ready when called upon.

“We have a good medical team here, who have looked after me really well, the lads have been doing really well and it will be a battle to stay in the side, but one I am up for.”

Bridcutt will now hope to force his way back into Monk’s starting XI and could feature against Brentford on Saturday.

The midfielder will face competition from young pairing Kalvin Phillips and Ronaldo Vieira, while Eunan O’Kane will also be vying for a central spot when he returns from injury.

He moved to Elland Road in the summer from Sunderland after spending last season on loan with the Whites and Monk completed a permanent deal in the transfer window.

Bridcutt has played for several clubs during his career and his best spell was at Brighton, making 151 appearances for the Seagulls.

The central midfielder will now hope to establish himself back into the Leeds team and help the club with their promotion push.

In other Leeds news, their star player was named in the EFL team of midweek after the win against Reading.