Alex McLeish has been left in awe of young Celtic midfielder David Turnbull and compared him to Hoops legends Paul McStay and Murdo MacLeod as well as Frank Lampard and Steven Gerrard.

Speaking exclusively to Football Insider, the former Rangers and Scotland manager praised the 21-year-old’s knack of arriving in the penalty area at the right time.

Turnbull scored his third goal in as many games when he netted the Bhoys’ second in their 3-0 win over Dundee United on Wednesday.

Turnbull moved to Parkhead from Motherwell in the summer but has only emerged as a regular starter this month.

Asked by Football Insider for an assessment of his recent performances since becoming a mainstay in the starting XI, McLeish said: “With the goal return over the last few weeks, three in three, and the runs that he makes he always seems to get a shot off at some stage in the game.

“When you go back to the Celtic legends coming from deep midfield he’s like Paul McStay, Murdo MacLeod, I’m winding the clock back to my era, but there were a lot of greats that played for Celtic that made deep midfield runs.

“He’s not a deep midfielder but he’s a kind of box-to-box player. He’ll make those shrewd run we’ve seen the likes of Frank Lampard and Steven Gerrard do.

“He comes into the box late and when you’ve got a knack of doing that you sometimes arrive in that box without anybody near you and it gives you a goalscoring opportunity. 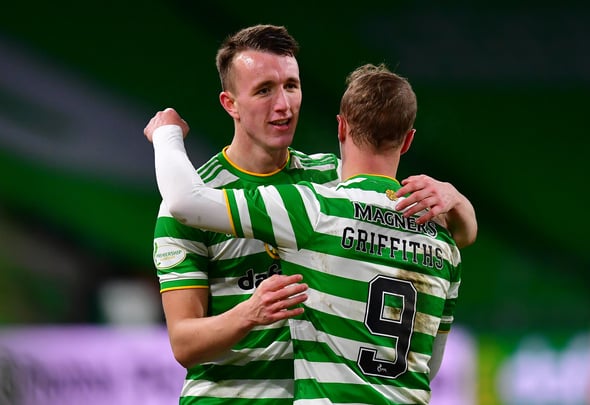 “That’s what I see in Turnbull.”

Turnbull has now played 13 games for Lennon’s side across all competitions and has registered three assists and netted four goals.

In other news, Celtic have been tipped to re-sign a 23-year-old in January by a top pundit after a big development.