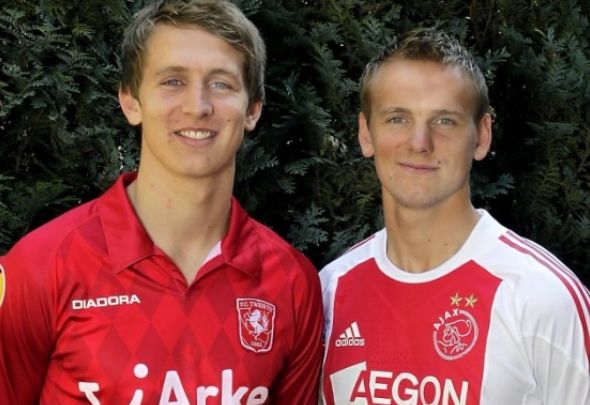 PSV Eindhoven attacking spearhead Luuk de Jong has described that it would be a “dream” to play alongside Championship-based brother Siem de Jong.

The Newcastle playmaker, who is currently recovering from a muscle injury, has been told he can leave by manager Rafa Benitez after the Shields Gazette confirmed that he would be allowing six senior first-team members to leave St. James’ Park in the final weeks of the window.

Speaking to Dutch publication Voetbul Primeur, younger brother Luuk said that he would welcome a second footballing reunion with Siem, after both players were part of the de Graafschap youth academy.

“It’s a dream to play with him,” the former Gladbach striker said. “He is of course very welcome.

“It’s a shame that he is injured during pre-season. Hopefully he recovers quickly because he wants to feel good again and play football somewhere.”

Ajax will play a Champions League play-off against FC Rostov as they aim to secure a place in the group stages of Europe’s elite competition.

Luuk, who recently signed a new deal with the Dutch giants to keep him at the Phillips Stadion until 2020, has also had a loan spell on Tyneside, but failed to score in 12 appearances.

He’s found the Eredivisie much more to his liking though, scoring 58 goals in all competitions during 88 encounters.

Siem signed for the Magpies on a six-year deal in 2013 following a £6million transfer Dutch giants Ajax, but his time in Tyneside has been plagued by numerous injuries which has reduced his playing time to only four starts for the club.

Goal claim that PSV are looking to give the former Ajax star a second chance as the 27-year-old looks to breathe life into his career.

In other Newcastle transfer news, Benitez is set to make his ninth summer signing on Wednesday.