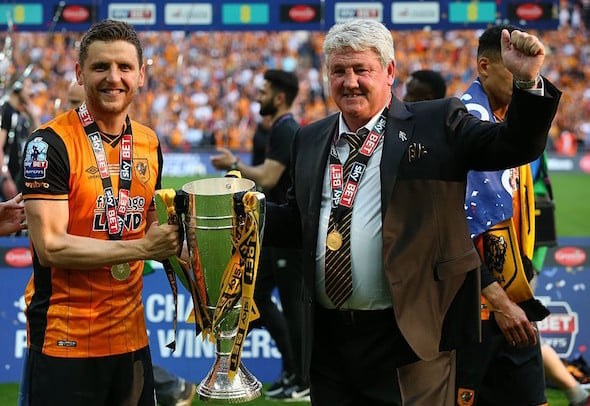 Alex Bruce has revealed he would have loved to have played alongside “outstanding” Leeds United star Ben White.

Speaking exclusively to Football Insider assistant editor Russell Edge, the just-retired footballing son of Steve Bruce has been bowled over by the performances of the Brighton loanee at Elland Road this season.

White has had Premier League big guns beating a path to his door, with Leicester City the latest to express an interest in a summer deal.

Bruce, 35, is in no doubt the 22-year-old centre-back is destined for big things as he compared him to one of Italy’s greatest-ever players.

“I would have love to have played with him,” Bruce told Football Insider. “He has been outstanding. I’ve been very impressed because, as you say, you look at him, he’s not the biggest.

“Well I wasn’t the biggest either so a manager might have thought I can’t have them two playing next to each other.

“Physically-wise, you look around the Championship and you think to yourself you’ll need a big, burly centre-half – a Sol Bamba type – to be successful, a Lewis Dunk, a [Shane] Duffy.

“He doesn’t really fit the mould of that, he’s a [Fabio] Cannavaro kind of centre-half where he’s smaller, good on the ball, good technique, he’s aggressive.”

White has only played twice for the Brighton first team and, prior to joining Leeds last July, had spent the previous two campaigns on loan in League One and League Two at Peterborough United and Newport County respectively.

The centre-back has started all 33 of United’s league matches this season and remarkably played every single minute of the Championship campaign.