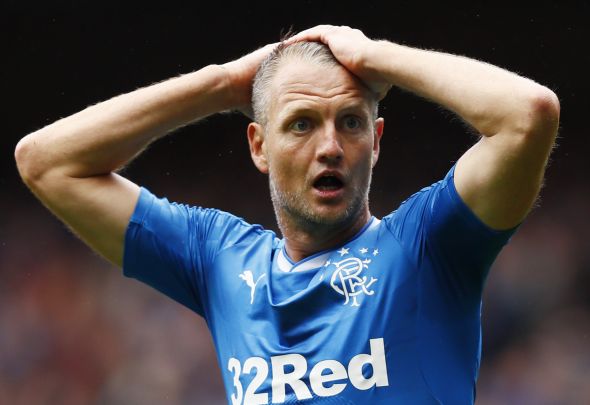 Defender Clint Hill is on the verge of ending his search for a new club by joining Queens Park Rangers for a second time after leaving Ibrox in the summer, according to a report.

The Scottish Sun claim the former QPR captain, who spent six years at the club, has arrived at Loftus Road for a trial and was due to play for their development side on Monday.

It is said that Hill is set to put the finishing touches to a move to the Championship after rumours surfaced at the weekend that he could make a return.

The 38-year old was spotted in the stands during the club’s Saturday win over Ipswich Town.

The Scottish Sun report that Hill had already trained with Carlisle United and Chesterfield over the summer, but he was not offered a contract by either of the two sides.

The veteran is remembered fondly by Rangers fans for his single season at the club in which he made 31 appearances and scored an impressive six goals.

The most memorable of these came when he struck a late equaliser in the Light Blues’ 1-1 draw against rivals Celtic at Parkhead.

However, manager Pedro Caixinha opted not to offer him an extension to his original one-year contract and he was released when his contract expired at the end of June.

Both have started all five of the team’s league fixtures this season.

In other Rangers transfer news, a 26-year-old in the form of his life has dropped a massive Ibrox transfer hint.