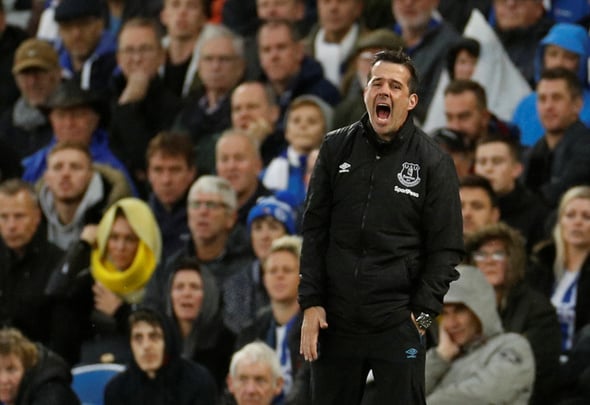 Danny Mills insists that Everton manager Marco Silva was right to lay down a marker to striker Moise Kean and the rest of the squad by dropping the forward for his reported ill-discipline.

The former Manchester City and England full-back, speaking exclusively to Football Insider assistant editor Russell Edge, says that off-field behaviour can often translate into how a player will perform on the pitch and that any indiscretions must be dealt with accordingly.

As reported by the Guardian, Kean was left out of the matchday squad against Southampton after turning up late for a team meeting, with the newspaper stating it was the second time he had breached club rules.

Mills says that little things like timekeeping and adhering to dress codes are a sign of respect and discipline and that it must be dealt with to avoid it becoming a bigger issue both on-field and in the dressing room.

Mills told Football Insider: “If you’re going to be rude and disrespectful, you’ve got to face the consequences of that and Moise Kean is exactly the same. If you’re don’t turn up and if you’re late, if you don’t set a marker down as a manager that starts to drip-feed down into everything else.

Kean has struggled for form since making the move to Goodison Park, with not one goal from his first 11 appearances as a Toffee.

In other Everton news, Danny Mills has suggested that a rarely-seen talent has been dazzling Silva in training.