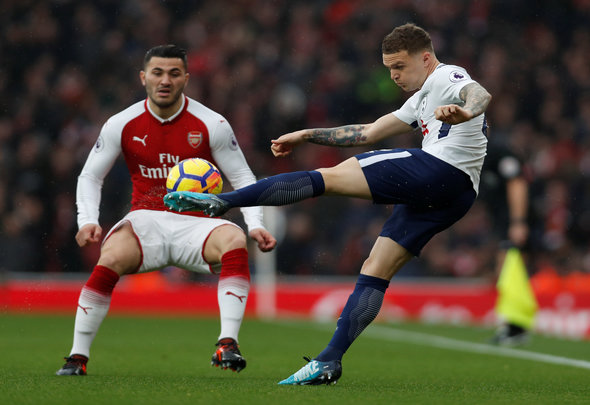 Former Liverpool defender and current Sky Sports pundit Jamie Carragher has said that he believes Tottenham’s Kieran Trippier is the best crosser of the ball in the entirety of the Premier League.

The former Burnley defender has had a fight on his hands to nail down a place in the starting XI at Spurs, with summer signing Serge Aurier and hot prospect Kyle Walker-Peters, who started the opening game of the season, both vying for the role.

However the 27-year-old has been a regular for Mauricio Pochettino in the Premier League, with nine appearances so far, eight of which have come as starts, as well as two outings in the Champions League.

In his 11 appearances across the two competitions, Trippier has managed to chip in with six assists for his team mates, and that has led to Carragher highlighting his talents down the flank.

In a detailed analysis of Manchester City’s Kevin De Bruyne on Sky Sports’ website, the former defender boldly claimed: “There’s no better crosser of a ball in the Premier League, perhaps with the exception of Kieran Trippier at Tottenham.

The Spurs star has a total of 54 appearances for the club under his belt since joining back in 2015, with a solitary goal and 17 assists to his name so far.

His impressive displays also earned him a call up to the England squad, making the first of his three outings in June of this year.

In other Tottenham news, Paul Merson has said that there is one Arsenal star who is better than every Spurs player.