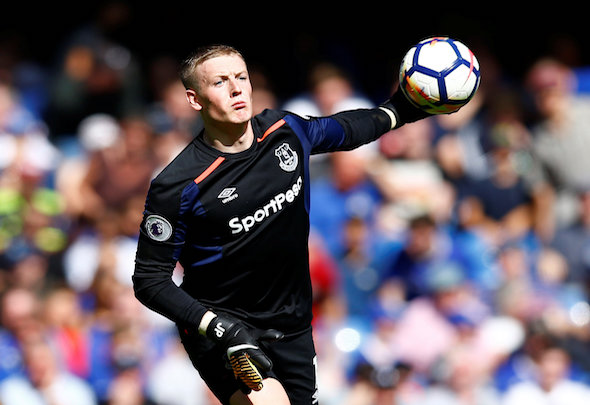 Jamie Carragher has backtracked over his previous statement that none of Everton’s summer signings would get in the Liverpool team.

Back in July the Sky Sports pundit wound Toffees fans up, saying that even though they’d spent a lot of money over the summer, none of their players were good enough for the Liverpool team.

One fan who remembered the comment tweeted the Liverpool legend after watching the Reds concede to Chelsea late in their game.

The fan admitted it was perhaps a good time to remind the pundit of his comments, and Carragher replied within minutes.

The 39-year-old admitted he was wrong, but still managed to take a dig stating he wasn’t wrong about the others.

The Sky Sport pundit also took the time to make a joke about the fan’s Twitter name “Niasse’s Locker”, telling him to stop “diving.”

The comment was a reference to Oumar Niasse’s recent suspension for diving against Crystal Palace to win a penalty.

Carragher has clearly been impressed by Pickford this season, despite Everton’s woeful defensive record that has left them 16th in the Premier League.

The 23-year-old goalkeeper has made 20 appearances this season, conceding 34 goals and keeping three clean sheets since his move from Sunderland.

In other Everton news, Toffees fans have reacted on Twitter to Farhad Moshiri’s reported new number one choice to take over at Goodison Park.