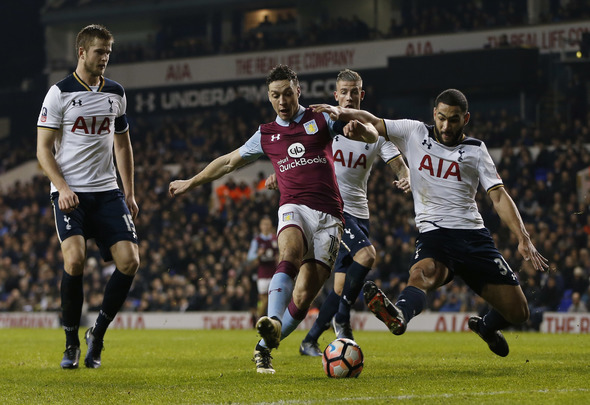 Young defender Cameron Carter-Vickers was full of praise for Tottenham teammate Harry Winks after the dramatic late victory over Wycombe on Saturday.

The north London side needed a late Son Heung-min goal to rescue them from embarrassment at White Hart Lane in the 4-3 victory over the League Two outfit.

Spurs went two goals down early on and it wasn’t until a Son strike on the 60th minute that they were finally able to breach the Wycombe defence.

However, it was not plain sailing after that and Gary Thompson put his side back in front after Vincent Janssen’s penalty equaliser.

Goals in the final few minutes were needed from Dele Alli and Son to give Tottenham the win, but it was Winks who was praised by fellow youth graduate Carter-Vickers.

“Every time he (Winks) plays, he plays well,” said Carter-Vickers to the official Tottenham website.

“He’s composed on the ball and he’s good when players come and press him – he knows what to do. You could say Sonny did well as well because he came up with the goals.”

Winks played the full 90 minutes against Wycombe in a composed performance from the centre of the park.

It marked his 23rd appearance of the season and his 26th in total for the club and fans will be eager to see more from the emerging star in the future.

Tottenham will travel to the Stadium of the Light for their next match on Tuesday where they will be looking to pick up three points against the bottom placed side.

In other Tottenham news, Spurs are planning a late bid for this 24-year-old Mauricio Pochettino favourite.