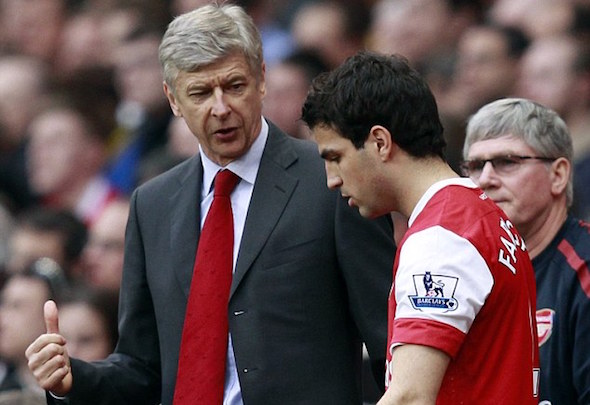 Santi Cazorla, Willian and Cesc Fabregas would be among the casualties of a starting line-up comprised of the best Arsenal and Chelsea players.

Arsenal host Antonio Conte’s side on Saturday evening in the Premier League meeting.

Both teams are blessed with talented midfielders at their disposal and there would be no room for either Cazorla or Fabregas in the strongest possible XI.

Chelsea’s engine N’Golo Kante provides the perfect defensive shield for any side, with his performances helping Leicester win the Premier League last season, and has to be included in the team.

Alongside him Welshman Aaron Ramsey would get the nod after he enjoyed a fantastic season at Euro 2016, scoring one goal and supplying four assists.

Ramsey has only made only one appearance this season, having been sidelined with a hamstring injury, but is expected to be a crucial figure when he returns.

Ex-Gunner Fabregas and Spaniard Cazorla could be considered unlucky to miss out as they both have bags of Premier League experience.

The experience of Petr Cech would just edge him ahead of Thibaut Courtois for the goalkeeping spot and he made 493 appearances for Chelsea before moving to Arsenal. The two goalkeepers battled for the number one jersey at Stamford Bridge and youngster Courtois was the preferred long-term option.

The Spanish defenders Hector Bellerin and Cesar Azplicueta are relatively easy options and the pair are two of the best full-backs in the Premier League.

Chelsea captain John Terry could forge a powerful partnership alongside Laurent Koscielny and the two centre-back are the most reliable defenders at their clubs.

The defensive shield of energetic midfielders Ramsey and Kante would allow the front four to cause a real danger.

Arsenal attacker Alexis Sanchez, who can be used as a striker or a winger, has begun the season in great form. The Chile international has netted four goals in just six appearances so far this season and has been a major goal threat under Arsene Wenger.

German midfielder Mesut Ozil would also have to be included in the side and has the perfect footballing brain, with 20 assists in all competitions last year for Arsenal.

Chelsea pair Eden Hazard and Diego Costa would complete the side and are chosen ahead of players like Willian, Theo Walcott, Michy Batshuayi and Olivier Giroud.

In other Arsenal news, the club’s supporters have reacted on Twitter to the performance of Lucas Perez against Nottingham Forest.