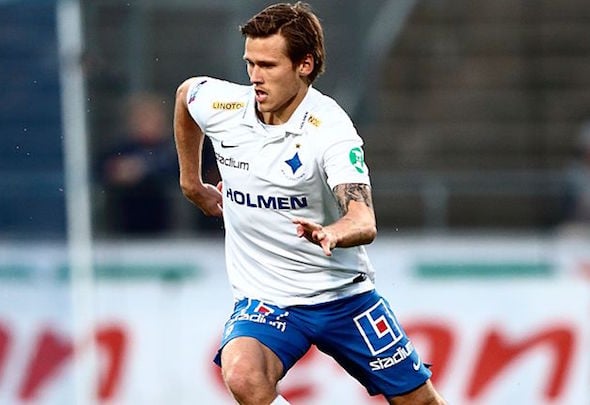 Celtic and Aston Villa are keeping close tabs on Iceland international Arnor Traustason, according to a report.

According to Iceland publication Fotbolti, Ajax and Palermo are also targeting Traustason, who is rated in the £2million bracket by his club.

Rapid Vienna are said to have already tabled a £1.8million offer for the player on the back of his performances for the Swedish champions.

The Iceland international, 22, is an attacking midfielder who plays principally on the left flank for club and country.

Villa’s interest comes even though they are managerless and will be playing in the second tier of English football next season following their relegation from the Premier League.

In other Celtic news, Dutch legend Edgar Davids has had his say on the rivalry between the Parkhead club and their Old Firm rivals Rangers as the two clubs prepare to play in the same division next season.