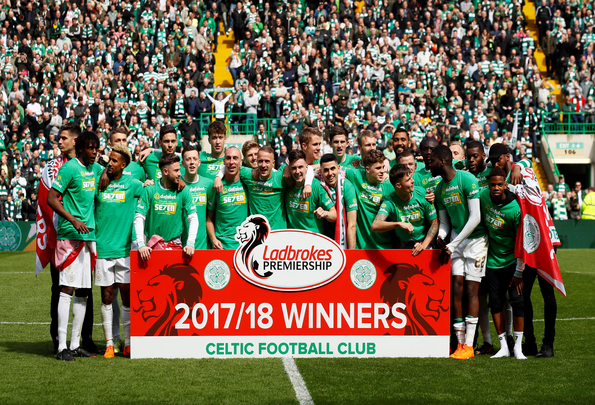 Celtic have found out the teams they could face in the first round of the Champions League qualifying draw.

The Bhoys face four rounds to make the money-spinning group stages, with the first round first leg set to take place on the 10th or 11th of July, with the second leg taking place a week later.

The six domestic champions the Hoops can face, as reported by the Daily Record are: Spartak Trnava from Slovakia, Valletta from Malta, Alashkert from Armenia, Sutjeska from Montenegro, Spartaks Jūrmala from Latvia and Flora Tallinn from Estonia.

Interestingly, the Hoops have been drawn in Pot Three of the qualifiers, alongside previous opponents Astana and Hapoel Beer-Sheva, who they will be relieved to find out they can’t play this season after some very tough matches in the past.

Being honest, Celtic should be good enough to defeat any of the teams which they are drawn against. But Brendan Rodgers will be taking nothing for granted. His first competitive game in charge of the Hoops ended in a loss to minnows Lincoln Red Imps, so Rodgers will be making sure no mistakes are made on this occasion. In the Hoops’ first qualifying tie against Linfield last season Rodgers played the strongest available Hoops side, and you would imagine that the Hoops boss will do the same again this season. The Hoops boss might well play a strong side in the Bhoys upcoming pre-season friendlies, as they will be the only matches played before the daunting Champions League qualifying process begins. With four rounds of qualifying to go, this first round is just the beginning of what the Bhoys hope will be a long adventure in the competition, but that doesn’t mean they will be taking this game lightly.

In other Celtic news, the Hoops’ squad continuity will be important in qualifying for the CL